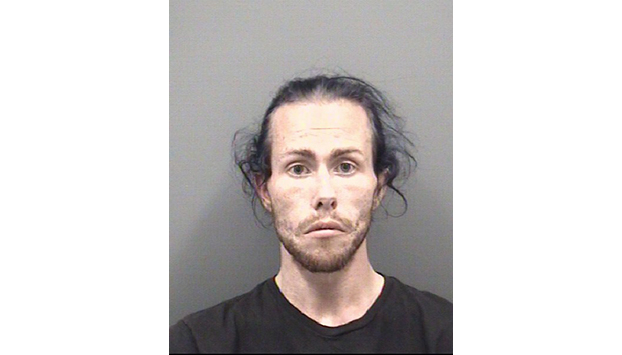 ROCKWELL — A 28-year-old man faces a laundry list of criminal charges after being accused of breaking into several cars in the Palmer Road area.

Theodore Christopher Sherman II, 28, of Broad Street, is charged with five counts of larceny, seven counts of felony breaking and entering a vehicle and one count of felony obtaining property by false pretenses. He faces charges from Rockwell Police as well as the Rowan County Sheriff’s Office.

Sgt. C.A. Trexler of the Rockwell Police Department said Sherman stole personal items from vehicles, including change and identification on March 10 and March 11. He said there were roughly 10 vehicles broken into in the Palmer Road area, but some victims didn’t want to press charges.

Trexler said all vehicles in the Rockwell Police Department’s case were unlocked — something he said people can change by locking their vehicles at night.

In the Rowan County Sheriff’s Office case, a man who lives outside of the town limits caught Sherman in the act of stealing from his Ford F-150. The victim yelled at Sherman who ran, bounced off of a fence and ran into a tree, said Maj. John Sifford of the Rowan County Sheriff’s Office. After Sherman ran into some nearby woods, the victim returned to his truck to find his vehicle’s key fob and checkbook had been dropped. Sherman’s glasses and a small flashlight were found near the fence, Sifford said.

Trexler said the Rockwell Police Department identified Sherman with video footage from homes and businesses in the area.

Sherman was arrested and charged with crimes in the Rockwell Police case on March 17. The Rowan County Sheriff’s Office charged Sherman with crimes in its case on Monday.