Forty years ago, on March 30, 1981, President Ronald Reagan was shot outside the Washington Hilton. So was James Brady, who later died as a result of his wounds, and two others: Secret Service officer Tim McCarthy and D.C. police officer Thomas Delahanty. With Officer Delahanty was his partner, a dog named Kirk. 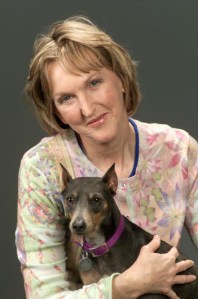 Security was lax in those days. Just minutes before the shooting, my dog, Ms. Bea, and I had been directly across the street from that now infamous archway, visiting the Cafritz building, but my connection to the event was even closer than that. Not only was K-9 officer Kirk named after me, I was also responsible for his presence at the site.

Kirk was a handsome German shepherd. I knew him well because I was “poundmaster” of what was then the D.C. “dog pound,” which is where Kirk — called “King” then but not treated like one — had ended up. His owners had pushed him through the door, signed a form and disappeared. In those days, German shepherds were popular, and we took in a lot of them. Working with the head of the Metropolitan Police Department’s K-9 unit, I instituted a program to save the lives of some of those who were unclaimed strays or had been thrown away as if they were inanimate objects. The dogs were put through their paces and temperament tested and, if they passed the tests, went on to have a new, working life with the police.

I cherished that program because it gave those otherwise unadoptable dogs a second chance at life, as many had been so mistreated by their owners that they were deemed unfit to live in private homes. But Metropolitan Police dogs weren’t warehoused like mere equipment, kept in a cage somewhere, as some police dogs are; they all lived at home with their officer families and were considered fellow officers who did much the same work as their human partners. I observed the dogs’ training, and it was humane — not the kind of domination-based training that some police departments were using then and that the Salisbury Police Department still seems to be using today. The Washington Humane Society/SPCA was a place often frequented by K-9 officers. They provided a presence that protected the staff from human beings who could be far more aggressive than any dogs sheltered there. And in getting to know the officers, we learned that they loved their dogs too much to put them in harm’s way. To a man (and they were all men back then), they preferred to wait it out, rather than sending a dog into a situation too dangerous for them to face themselves.

After the shooting, Officer Delahanty retired on disability, and Kirk retired with him. There was a retirement party at his family home, and other officers took their dogs to it. It was supposed to be a somewhat melancholy occasion, but I remember everyone watching and laughing as the dogs jumped into the swimming pool in the backyard over and over again, chasing each other and having a whale of a time.

Dogs are not robots. They are emotional, thinking and feeling beings. Like us, they relish freedom, enjoy pleasure, avoid pain and are anxious to help and loyal to a fault. A dog who is yelled at — let alone hit — is demoralized and starts to distrust human interactions. Today, we know, or should know, that dogs like humans break down mentally if they are bullied. As they say, it’s not the dogs who are at fault — it’s whoever raised them. Kirk would have given his life for Officer Delahanty, and there is seldom a week that goes by that we do not read news of a dog who has saved someone, perhaps a whole family, from fire or drowning or by alerting others to their distress after a fall or a heart attack. The least we can do is get to know them better and treat them with respect and gratitude.

Ingrid Newkirk is the president of People for the Ethical Treatment of Animals (PETA), 501 Front St., Norfolk, VA 23510; www.PETA.org. Her most recent book is Animalkind.