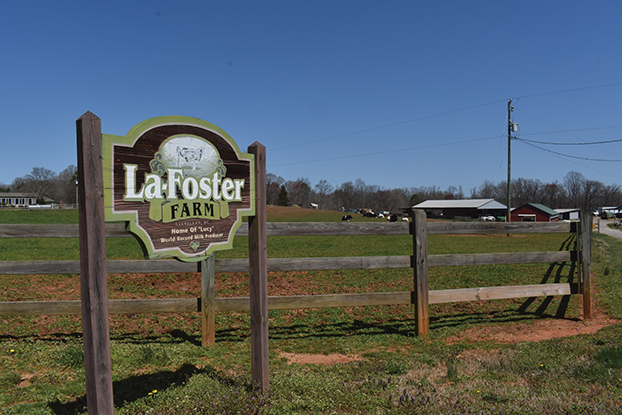 CLEVELAND — With people showing up to his dairy farm in search of used farm and construction equipment, Terry Foster has been the bearer of bad news lately.

For the past several weeks, Foster said people from as far away as the upper midwest have visited La-Foster Farm in Cleveland in search of B&C Tractor, an online company that’s using his address to advertise to people interested in buying used tractors, backhoes and excavators. While La-Foster Farm has farming equipment, it’s not for sale. Foster, his son and their small staff use it to maintain and milk a herd of Holstein and Jersey cows.

Foster first heard of the scam a little over a month ago when he got a call from a man asking about the price of a tractor. One victim reported to the Rowan County Sheriff’s Office being defrauded out of $11,000 for a tractor that he never received.

“I didn’t think a whole lot about that, then the next day we had two people come in from Virginia,” Foster said.

The Virginians were followed by several others, including a couple who drove from Michigan to check out B&C Tractor’s nonexistent inventory.

“I couldn’t believe people were willing to come from as far away as Michigan,” Foster said.

The long car ride wasn’t a complete waste for the couple because they told Foster they would visit family in Hickory, too.

Foster said he’s not sure why the fraudsters would use his address. His family has raised cattle on the land for about 50 years. They’ve milked cows since 1995. The farm was once the home of Lucy, a heifer who set records by producing over 70,000 pounds of milk in a single year.

While Foster said it’s “aggravating” to deal with all the calls and unexpected visits, he’s more concerned about someone being conned out of thousands of dollars.

“My worry is someone is going to pay a big amount of money and then they’re going to come here,” Foster said.

The Sheriff’s Office has reported the site to the Federal Trade Commission as a fraudulent web page, and the Better Business Bureau has opened an investigation into the website as well. The Rowan County Chamber of Commerce has fielded numerous calls about the fake business and steered people away. Authorities encourage people not to make major purchases through companies without having a rating through the BBB or visiting the location and inspecting the product first.

Foster said he’s cooperating with the Better Business Bureau on its investigation and that he wants the website taken offline. The Rowan County Sheriff’s Office said it is currently investigating the matter, too.

The website itself is well-developed and features pictures of farm equipment and the company’s purported management team.

“If they’re smart enough to do that, they could do good for somebody else rather than try to scam people out of their money,” Foster said.