Behind the brew: A look into Koco Java’s new roasting facility and warehouse 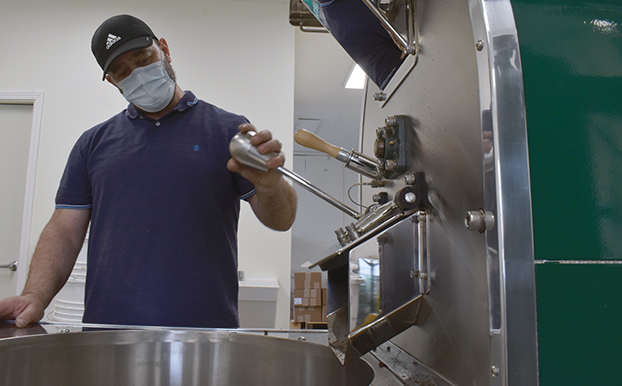 After pulling the lever, Arturo Therecka expectantly waits fot freshly roasted beans to funnel out of the drum and into the cooling tray. Ben Stansell/Salisbury Post

SALISBURY — After sitting vacant for several years, the inconspicuous building behind M&S Cleaners on West Innes Street is now filled with the rich aroma of coffee.

Within the walls of the roughly 800-square-foot building, Arturo Therecka will roast the beans that are used to brew the coffee served at Koco Java in downtown Salisbury.

Therecka started the coffee shop with his wife, Berta, in 2009 after moving to Salisbury from Connecticut, where the couple owned an Italian eatery. The shop has continued to succeed, despite the COVID-19 pandemic, and was starting to outgrow its space at 329 N. Main St.

“We started with one employee and now we have 10 employees,” Arturo said. “… Sometimes my wife and I will look at each other, smile and just say ‘Oh my gosh.'”

To solve the space problem, Koco Java recently purchased the property at 1727 and 1729 W. Innes St., the longtime home of M&S Cleaners. The cleaners will continue to launder while Arturo roasts beans in the formerly empty building next door.

Before Koco Java moved its roasting equipment into the building, they had to install a new roof and renovate the inside, putting in new electrical work and plumbing.

Along with housing Koco Java’s surplus coffee sleeves and syrups, the small building will serve as the site where Koco Java will fulfill orders placed on its yet-to-be-launched online store.

“It will be a good place for roasting, packaging and shipping,” Arturo said.

Once the website is operational, Koco Java will sell beans and grounds roasted under Arturo’s watch to customers across the country.

Arturo, who has spent decades in the coffee business, will roast beans from far off coffee-producing countries such as Ethiopia and Guatemala in a massive green roasting machine. 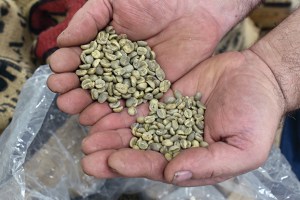 The roaster was designed and built specifically for Koco Java over a seven-month period by Primo Roasting Equipment in California. The roaster even connects to an afterburner, which purifies the pungent air that’s produced by the machine during the roasting process. Afterburners are common and even required in many states, but haven’t yet become a staple in the Southeast, Arturo said.

The mammoth machine can handle up to 25 pounds of beans at a time, but Arturo usually likes to keep his batches about five pounds lighter to ensure a perfect roast. The beans themselves sit not far from the roaster, contained in burlap sacks that keep the flavor in and the dust out.

Those beans, which arrive a grayish-yellow color, are transformed into chocolatey brown caffeine vessels during a 12-15-minute cycle in the roaster.

While the quality of the beans and the way they’re roasted is important, Arturo said that the secret to making delicious beans is simple.

“You pay attention to it and put in a lot of love, that’s all,” Arturo said. 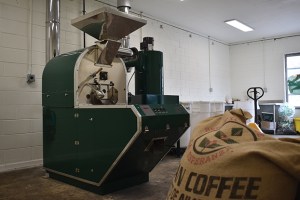 Once the beans are cooked in the roaster, they will sit for 24-36 hours before they are transported to Koco Java’s shop downtown, or eventually, packaged and shipped to a customer.

The new building, not open to the public, will also serve as a place where Arturo can cook up new caffeine concoctions.

Arturo recently purchased a barrel that was once used to age red wine that he plans on filling it with beans to see if he can marry the two distinct flavors. If the fusion is successful, Arturo said that Koco Java customers might soon be able to purchase a cup of black coffee that tastes of wine.