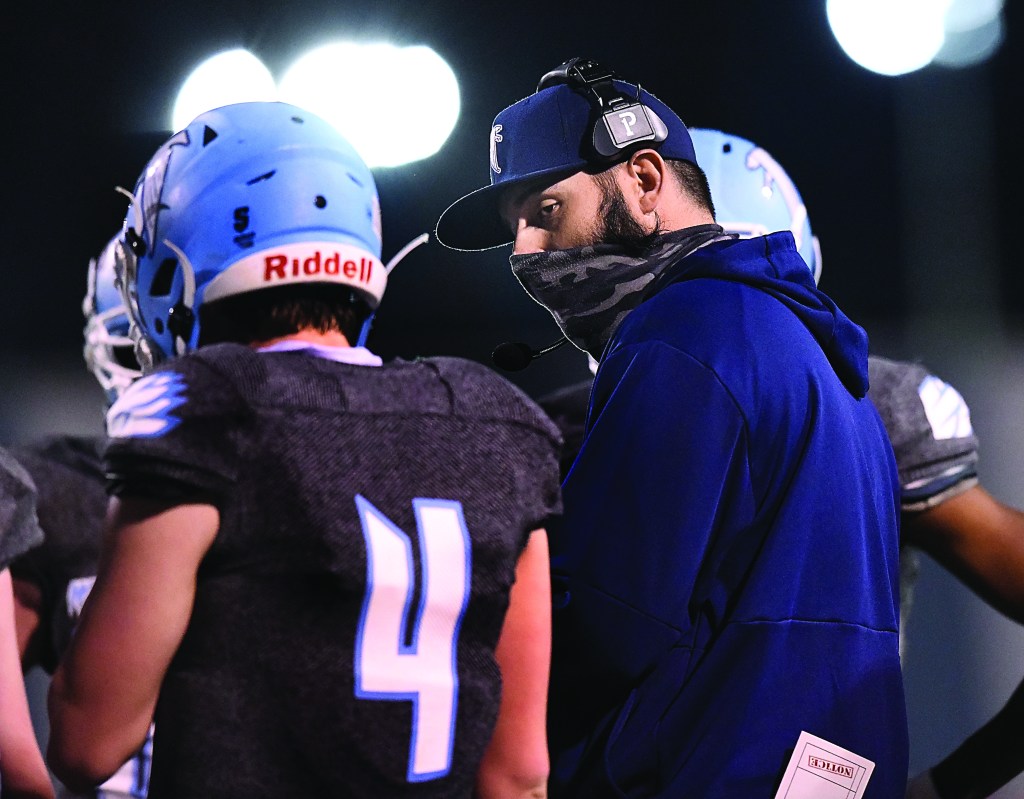 TROUTMAN — A wise man once said that there are no bad road wins.

West Rowan survived more than thrived on Friday, but the Falcons outlasted South Iredell 20-14 to move to 2-0 in the North Piedmont Conference.

“Really physical game,” West head coach Louis Kraft said. “I thought we played with maximum effort. That’s what we preach and that’s what got us out of there with the win.”

The Falcons (2-2 overall) have come back nicely from lopsided losses to Salisbury and Davie that opened the season.

West is tied with Statesville for first place. Carson can also get to 2-0 if it can beat East Rowan in a Saturday noon game that will be played at A.L. Brown.

South Iredell (1-3, 0-2) is pretty much out of the league race already, but will try to spoil the dreams of some other squads.

The first half  belonged to the Falcons.

After West got a short field when a snap sailed over the head of the South Iredell punter, Cayleb Brawley scored on a 6-yard run for the lead with 7:08 left in the second quarter.

It was 14-0 after Noah Loeblein threw a 38-yard touchdown pass to Damon Phillippe with 3:38  left in the first half.

That was the score at halftime.

Loeblein had 112 passing yards in the first half, while Brawley had 49 rushing yards. West’s defense had held the Vikings to 80 total yards, and the Falcons were in control.

“Then in the second half, it was like South Iredell had the ball the entire half,” Kraft said, “They were shoving it to us pretty good.”

West had only one offensive play of more than 5 yards in the second half.

South’s Iredell power running game was effective and the Vikings scored with 48 seconds left in the third quarter to make it 14-7.

Then a swerving Hunter Watts, broke tackles, got good blocks and ran back the kickoff 95 yards for a West touchdown.

But the downside was West’s defense headed right back onto the field.

South Iredell made it 20-14, powering for a quick TD with 11:08 left, but the Falcons made the stops and finished off the victory.

West halted the Vikings at the West 26 with 2:46 remaining.

West was only able to take 20 seconds off the clock before punting it right back.

West got the final stop it needed on a fourth-down play from the West 31 with 29 seconds left.