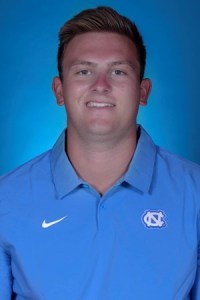 BRIGHTON, Mass. — Temperatures in the high 30s, but at least it was sunny on Friday when UNC’s baseball team played at Boston College.

Junior Austin Love (West Rowan) dominated another game for the Tar Heels on the mound.

Love (4-0) struck out eight, walked two and allowed six hits. He got eight outs on groundballs.

He’s among the national leaders with four wins and 37 strikeouts.