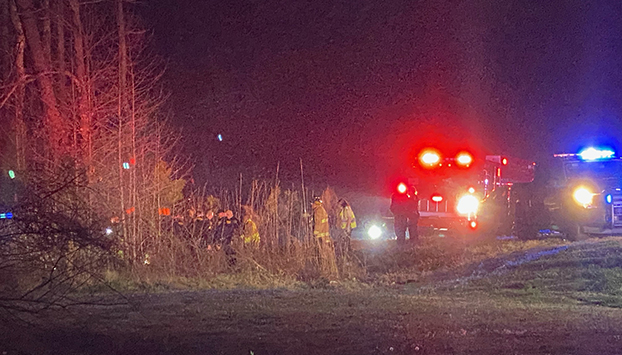 This reader submitted photo shows the scene of a crash Wednesday night on Peeler Road.

Joseph Scott Fielding faces charges of felony fleeing to elude, careless and reckless driving, not having registration for his vehicle, no motorcycle endorsement and operating a vehicle with no insurance. Fielding is still hospitalized with injuries that are not life-threatening and hasn’t yet been served with the warrants for his arrest.

Fielding was riding a black and yellow Suzuki motorcycle at about 8:54 p.m. near Old Concord and Julian roads when a sheriff’s deputy noticed the motorcyclist did not have a license plate on the vehicle, said Maj. John Sifford. At the intersection of the two roads, Fielding looked back at the deputy’s vehicle and appeared to turn on a GoPro camera attached to his helmet. 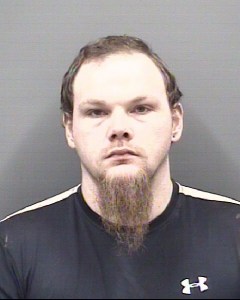 Fielding then is accused of accelerating to 75 mph in a 45 mph zone as well as taking the deputy on a chase in the area of Interstate 85. Sifford said Fielding traveled on Old Concord and Mount Hope Church roads before turning around in a parking lot and taking the chase onto Interstate 85 using the same roads. After traveling on southbound Interstate 85 for a time, he allegedly turned around and went north in the southbound lanes before exiting on Peeler Road.

Sifford said Fielding lost control of his vehicle near the intersection of Peeler Road and Chuck Taylor Lane. A spokesperson with the N.C. State Highway Patrol said the motorcyclist traveled left of center and off the roadway at a curve on Peeler Road. The rider was ejected and the motorcycle overturned.

No other vehicles were involved in the wreck.