With deed in hand, county will seek grant to jumpstart Woodleaf park development 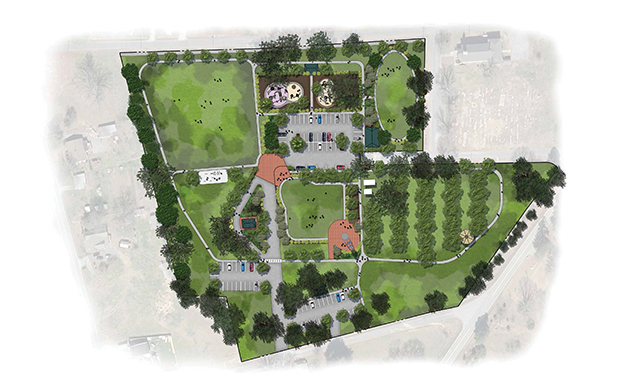 WOODLEAF — Plans for Woodleaf Community Park are moving forward now that it has gained a preliminary stamp of approval from the Rowan County Board of Commissioners.

“Once we get awarded that, we can begin the process of developing the park,” said Don Bringle, Rowan County facilities management director

Bringle said the county has about $165,000 budgeted for the park’s development. If the county were to receive a PARTF grant, that money would be matched by the state and would essentially be doubled.

“We would have $330,000 to begin the process of developing the park around the master plan that’s been accepted,” Bringle said.

Commissioners Vice Chairman Jim Greene, who serves as liaison to the county’s Parks Board, said that he wants the county to consider earmarking some of the funding coming from the recently passed federal stimulus bill to increase the amount of money the county would match for the project.

“We’re going to look at all of this new COVID money because there may be money that we can apply to this park and actually get the full PARTF grant,” Greene said.

Bringle said the county will apply for the PARTF grant in April and will likely hear back about receiving the grant in August. 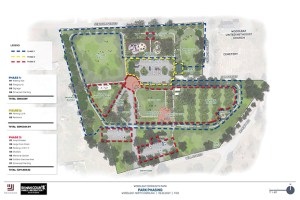 The first phase calls for the implementation of a walking trail, playground, signage and enhanced planting and would cost approximately $543,549.

“These are the things that would make it immediately usable by the community and then we can go forward with that,” Greene said.

The second phase features the installation of a parking lot and restroom facilities and would cost $290,547. The third and most ambitious phase includes an amphitheater, large civic green, more parking lots, shelters, gardens, an outdoor exercise area, more planting and would cost $411,809. The civic green would be in close proximity to where the Woodleaf Elementary School once stood.

“The ideas of an amphitheater and inclusive playground are nice, but they would probably be something that shows up at the end depending on how much money we have,” Greene said.

In total, the park would cost approximately $1.2 million.

The master plan, which Greene said could change, was developed in part from feedback the county received from Woodleaf residents during a community input meeting held several months ago. The meeting was hosted by the Woodleaf Fire Department. Bringle said that it was attended by 15-20 people, who provided insight into what they wanted to see in the park.

Before the county begins phase one of the project, Bringle said the first step is to improve maintenance and upkeep of the current site.

He said people can expect to see trails and playground equipment going in within the next 18 months. However, he was hesitant to put a time frame on the rest of the overall completion of the park.

“We will continue to grow the park as funding is available to expand,” Bringle said. “Our goal is to expand it as quickly as possibly but it depends on money available.”

Although the park is still a long way from completion, Greene has already started to think about what it might mean for the Woodleaf community. Greene said he imagines kids playing ball on the green spaces on a Sunday afternoon and families picnicking at one of the shelters.