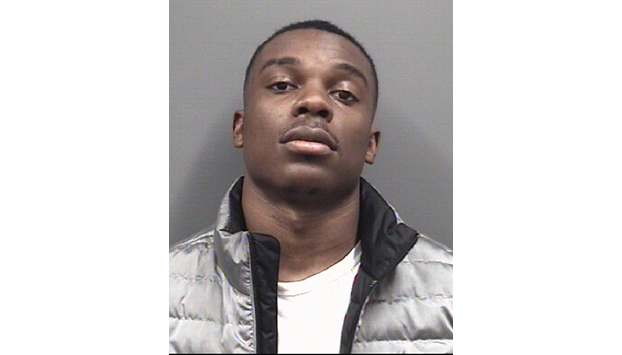 SALISBURY — A police officer is facing felony charges after allegedly breaking into a home and assaulting a woman during an off-duty incident.

Salisbury Police officer Malik Byrd, 23, turned himself in on a list of charges by the Rowan County Sheriff’s Office, including one count of breaking and entering, one count of simple assault, one count of assault on a female and one count of interfering with 911. The charges stem from an incident that occurred late Saturday night.

According to the warrant issued for Byrd’s arrest, he broke into a building at the 300 block of Wilcoy Road in Rockwell with the intent to injure the home’s occupant. Once inside, Byrd allegedly struck the occupant in the head and chest with a closed fist and also grabbed and pulled the arm of a female in the house. The warrant said Byrd took a woman’s cellphone while she was attempting to call 911.

Byrd has been placed on administrative leave with pay from his duties pending further inquiry by the SPD Professional Standards Unit. Byrd has been employed with the SPD since 2018 and is assigned to Patrol Team Baker.

The Salisbury Police Department said that in a news release that it is fully cooperating with the Rowan County Sheriff’s Office in their investigation of this incident.

“Officer Byrd’s recent arrest and a previous incident involving another officer are two isolated incidents which in no way reflects the character of the men and women of the Salisbury Police Department,” the release stated.

The Rowan County Detention Center website on Sunday afternoon showed Byrd in jail with no bond.