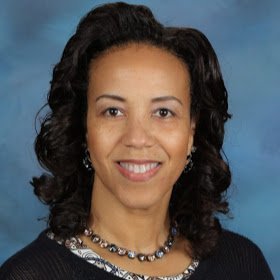 RSS Superintendent Tony Watlington announced Lewis’ hiring. She currently serves as director of communications, teacher recruitment and retention with Surry County Schools and will start at RSS on May 1.

Lewis, a Mount Airy native, started her career in Raleigh working for IBM after she finished her undergraduate degree in public administration at Elon University. She realized working for the technology industry was not where she wanted to be for the rest of her career and made what she described as a natural transition into school counseling.

Lewis’ first job in education was as school counselor position at Guilford Middle School she took in 1997. She said the position gave her the opportunity to build relationships with families.

She moved on to an administrative career with Surry County Schools and spent three years as an assistant principal and 14 years as a principal.

When she was principal at Pilot Mountain Middle School, she was approached about applying for the communications director position for Surry County Schools. Wilson said it was not something she considered before, but did some soul searching and decided it would be in line with her writing and communication skills.

“It kind of fell together naturally,” Lewis said, adding it was a good opportunity to work with the district’s stakeholders and impact even more people.

For the previous three years, a news release said, she has fostered rich connections with people in the Surry community.

Lewis said she still considers herself an educator, and the new position allows her to inform students and families about what is happening in the district. It is also important for getting out important safety information, which she pointed to as specially important in the midst of the COVID-19 pandemic.

She was drawn to RSS because of the innovation happening in the district through its special renewal status and described it as cutting-edge.

Lewis also holds a master’s degree in school administration from Gardner-Webb University and a doctorate in educational leadership and cultural foundations from the University of North Carolina at Greensboro.

Lewis will replace Rita Foil, who retired at the end of 2020 along with former Superintendent Lynn Moody. Assistant Superintendent of Transformation Andrew Smith has filled in as the main point of contact for members of the media in the interim.

Foil, who held the position for 15 years through the tenures of Moody and Judy Grissom, spoke highly of Smith as she was preparing to leave the district.

Foil became known to students as the “snow fairy” for many people because her voice told announced there was no school on snow days and other automated messages the district sent to parents.