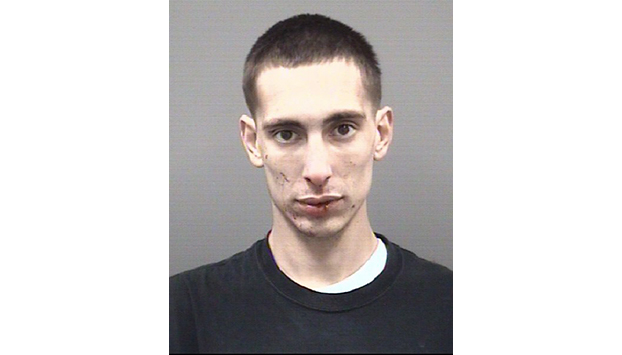 His charges are tied to a robbery on Nov. 17 in which a Gold Hill man was robbed of a smartphone, money and a debit card. There were three charges on the debit card the same day of the robbery, with one of them listing Redding’s name, according to the Rowan County Sheriff’s Office.

Redding and two others were arrested in connection with the robbery. The Sheriff’s Office said Redding was arrested Nov. 18 after a vehicle chase. The most recent charges were presented to a magistrate Monday, with the warrants served Tuesday.

• A woman on Tuesday reported assault by pointing a gun in the 74000 block of South Interstate 85 in Salisbury.

• The Sheriff’s Office on Tuesday took a report about the use of force in the detention center.

• A domestic assault on Tuesday was reported in the 5800 block of Southern Lane in Salisbury.

• A woman on Tuesday reported trespassing and damage to property in the 1800 block of Shaver Road in Richfield.

• The Rowan-Salisbury School System on Tuesday reported miscellaneous lost property in the 8000 block of N.C. 801 in Mount Ulla.

• A woman on Friday reported a larceny from a building in the 4200 block of Statesville Boulevard.

• A runaway juvenile was reported Tuesday in the 200 block of Silk and Tassell Road in Cleveland.

• A man on Tuesday reported an accidental gunshot wound in the 2100 block of Lentz Road in China Grove.

• Curtis Ryan Linton, 30, was charged Tuesday with assault on a female in the 5900 block of Southern Lane in Salisbury.

• Kenneth Dillion Gilbert, 18, was charged with assault on a detention employee in the 200 block of North Main Street in Salisbury.

• A man on Wednesday reported vandalism in the 200 block of Freedom Drive in Salisbury.

• Walmart on Wednesday reported shoplifting in the 300 block of South Arlington Street.

• Arthur Francis Graham, 62, was charged Wednesday with felony possession of a schedule two controlled substance in the 500 block of Cemetery Street.

By Natalie Anderson natalie.anderson@salisburypost.com SALISBURY — An endeavor to revitalize the Dixonville Cemetery to honor hundreds of African-Americans buried without... read more