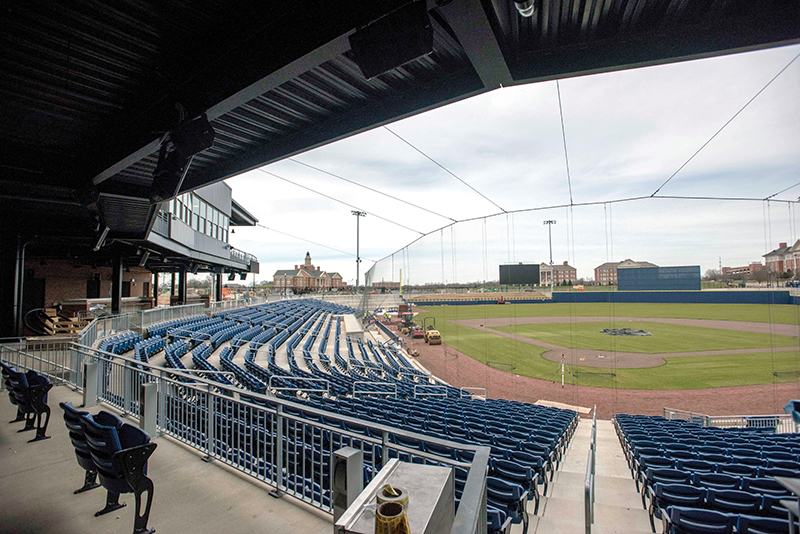 The University of North Carolina at Charlotte will play Appalachian State University March 23 in the city of Kannapolis’ new baseball stadium, the schools announced Wednesday.

It will be the first official baseball game played in the facility, which is known as Atrium Health Ballpark. The Kannapolis Cannon Ballers, the minor league team that calls the facility home, won’t start this year’s season until May.

The first pitch between the 49ers and Mountaineers will be 6 p.m. on Tuesday, March 23. The matchup will be the first of two between the schools this season. The 49ers will occupy the first base dugout for the night.

Atrium Health Ballpark, a $52 million sports and entertainment venue that’s the centerpiece of the city’s downtown revitalization project, officially opened to the public last year, with concessions and the minor league team’s shop open for business. The pandemic, however, postponed the start of the Cannon Ballers’ debut in the facility.

“With the help of the Kannapolis Cannon Ballers, we have the opportunity to play the first-ever baseball game in their state-of-the-art Atrium Health Ballpark,” Charlotte coach Robert Woodward said. “Charlotte and Kannapolis are two baseball towns, so this event is a special opportunity for us both to come together and give people a chance to get out and watch baseball again.”

Season ticket holders for the Charlotte 49ers, Grand Slam Club members and UNC Charlotte students will receive an email Friday as part of a presale. If any are left, tickets go on sale for the general public on Tuesday. Stadium capacity will be limited.

For the general public, tickets are just $10 and will go on sale through the Cannon Ballers website (kcballers.com).

Cannon Ballers season ticket holders should check their email inbox for their ticket availability or call 704-932-3267.