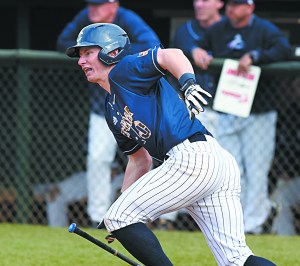 Newman Park now has a 30-percent of capacity attendance policy.

Catawba (9-4, 7-3) sent 14 men to the plate in an eight-run fourth inning to cruise in the opener. Jeremy Simpson got it started with a two-run double.

Greg Brown (2-0) did the hurling in a game shortened to five innings. He allowed one run and four hits.

In the nightcap, Catawba scored nine times in an explosive first inning, as 11 straight batters reached base. Walsh had a three-run double.

Trent Montgomery (2-0) got the win in relief of Maddux Holshouser, who hurled the first three innings and fanned two. Connor Garcia had a pair of strikeouts in two innings of work.

The teams finish off the weekend series with a Saturday doubleheader.