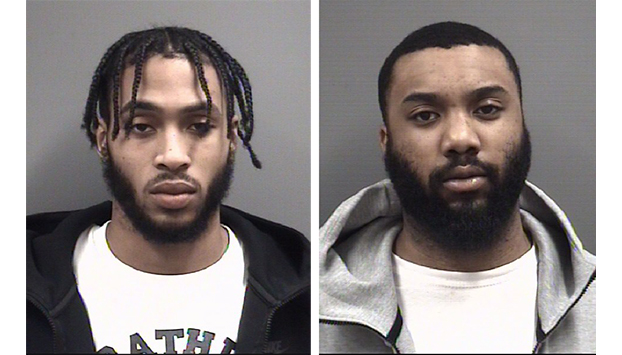 Damion Deville McPhaul Jr, 20, of Amityville, New York, was charged with possessing stolen goods, felony possession of  a schedule six controlled substance and possession of marijuana between one-half and one and one-half ounces.

A Rowan County Sheriff’s Office deputy was checking on the condition of a black Jeep that appeared to be broken down on the side of I-85 north and saw an open container on the floor near the back seats, said Maj. John Sifford. The deputy also smelled marijuana.

Both men were detained after a concealed handgun, determined to be stolen out of Rocky Mount, was found on the passenger. In a search of the vehicle, law enforcement officers found a total of $5,814 and 171 grams of marijuana — some of which were knotted in individual bags. There was marijuana in the pocket of the driver as well as in the suitcase, Sifford said.