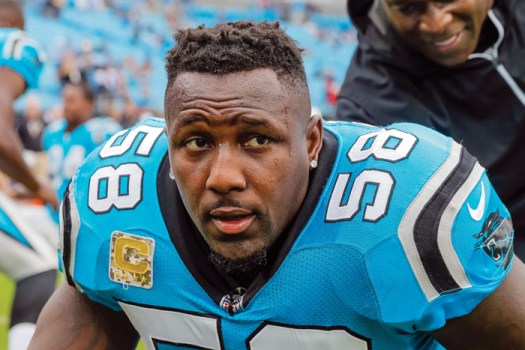 Davis spent 14 seasons with the Panthers before finishing his career with Washington last year. Davis is the team’s franchise leaders in tackles with 1,258 and played more games than any defensive player in team history. He also had 28 sacks and 24 takeaways.

Olsen spent nine of his 14 NFL seasons with the Panthers. He had 524 catches for 6,463 and 39 touchdowns during his time in Carolina, including three straight 1,000-yard seasons. Olsen finished his playing career last season with the Seattle Seahawks.

A retirement news videoconference is set for March 11.