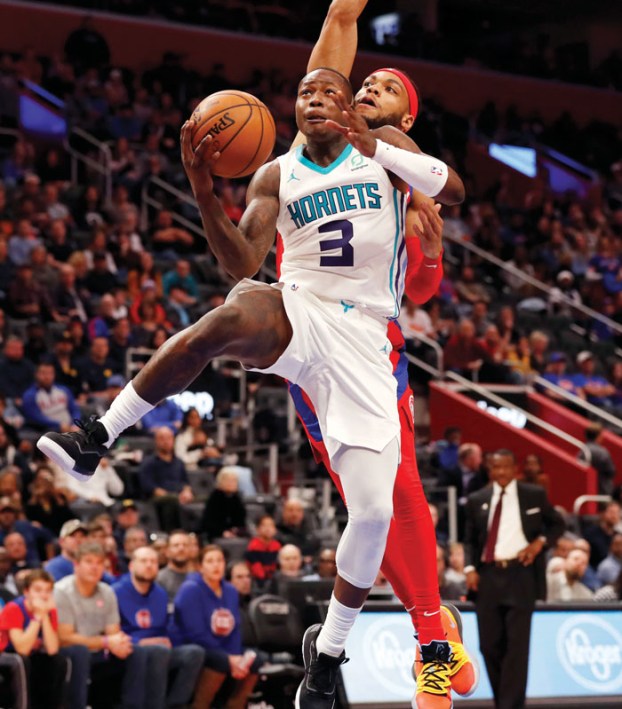 MINNEAPOLIS  — Terry Rozier scored 31 points and Gordon Hayward added 23 as the Charlotte Hornets headed into the All-Star break with a 135-102 win over the skidding Minnesota Timberwolves on Wednesday night.

Rozier was instrumental in helping the Hornets pull away in the third quarter. He hit three 3-pointers in a span of 1:29, the last of which pushed the lead to 79-65. Yet another 3 from Rozier capped an 18-0 run that made it 89-65.

The Hornets have alternated wins and losses for the past 11 games, with Wednesday’s victory coming after a loss Monday at Portland.

The Timberwolves have lost nine in a row and 13 of 14. Minnesota is 0-5 since Chris Finch replaced Ryan Saunders as coach.

Four starters scored in double figures for the Timberwolves. Karl-Anthony Towns had 16 points and 15 rebounds, while Ricky Rubio finished with 20 points and nine assists. Rubio also had a team-high five turnovers.

Minnesota committed five turnovers during Charlotte’s 18-0 run in the third. The Wolves finished the game with 19 turnovers, one shy of their season high.

Charlotte’s offense benefited early from the return of Hayward, who missed the previous two games with a right hand injury. Hayward set the pace for the Hornets in the first quarter, scoring 10 of the team’s first 12 points. Cody Zeller  missed his fourth straight game for Charlotte.