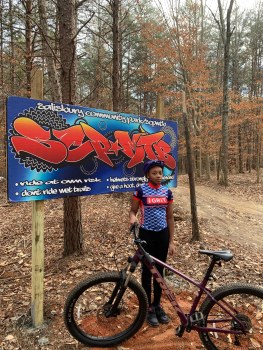 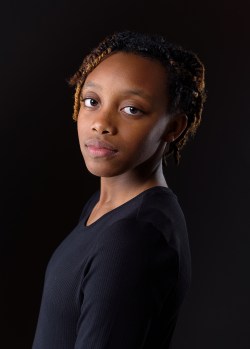 SALISBURY – A local middle schooler is bringing her passion for cycling into the community for a day this month.

After her first practice, the coaches told Covington that Martin flew off the handlebars while riding. She was OK, and they were surprised when she kept going.

Martin said the sport was not intimidating to her and she enjoys the feeling of competing in races. Covington said mountain biking fit well with their family, which attends Martin’s races.

Fast forward more than two years, and Martin is looking to bring the passion she found for cycling to the community at large.

The event is a product of Martin’s Service Above Self project. The youth challenge is sponsored by local organizations, including the Rowan County United Way, Livingstone College and Catawba College. Martin was awarded a $500 grant to make the event happen. She is working with The Pedal Factory and Salisbury Parks and Recreation.

Martin has now gotten her entire family into cycling. It started when her stepfather got a bike to ride trails with her. Then, they upgraded her bike and have a spare. At this point, everyone has a bike and they commute around town together.

Covington said riding bikes has been a good activity during the COVID-19 pandemic. Social distancing is easy and the natural ventilation of the outdoors is abundant.

“Now we take it as a challenge to cycle around town,” Covington said.

Martin has begun cycling to school with one of her friends as well. Safety and proper equipment, including equipping the bikes with headlights, have become standard practice for them. Teachers at Knox Middle take care of the bike during the day.

Martin also has become an ambassador for N.C. Girls Ride it Together, a cycling advocacy organization. She said The Pedal Factory’s Mary Rosser has become a mentor to her after attending the local bike cooperative’s summer camps.

Rosser is helping organize vendors and set up at the park. She wanted to help Martin hold the event whether she received the grant or not. Martin first reached out in the fall when she was applying and needed an advisor.

“I was incredibly happy to support it,” Rosser said, adding an event that increases access to cycling aligns with the pedal factory’s mission.

Rosser sees Martin as the future of what the organization is trying to do in Salisbury by making bikes accessible and promoting the benefits of cycling.

The Pedal Factory has worked with local schools and other groups wanting to work cycling into their programming, but Rosser said she has not had a young woman come forward with an idea like this.