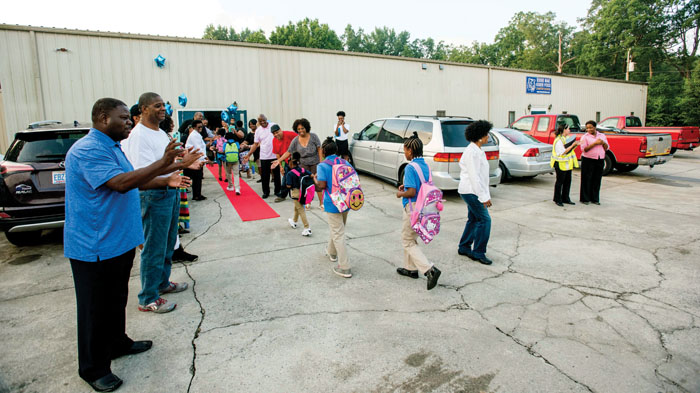 EAST SPENCER – The State Board of Education on Thursday upheld its January decision to revoke the charter for Essie Mae Kiser Foxx Charter School.

The charter will be required to close at the end of this school year. The board had no questions or comments about the issue during its Wednesday and Thursday meetings. It approved the revocation as part of a batch of action items on Thursday. The charter began operation in 2018 and held its first classes in August of that year.

The board’s decision was based on the recommendation of a review panel that looked at the cases’s factual findings and met with the charter school’s leadership on Feb. 17.

The decision by the review panel, the recommendation to revoke the charter by the Charter School Advisory Board last year and a presentation to the state in January all cited failing to submit required financial audit reports for its first two years of operation. The first audit report was received on Dec. 9 — 13 months late. The second audit report had still not been submitted when the review panel report was completed, according to a letter about the panel’s findings.

The school also failed to meet required student performance requirements in its charter.

The letter from the panel says Essie Mae representatives admitted to the problems outlined by the state at a Feb. 17 hearing, “then proceeded to blame others for the failings of the school.”

“Those blamed included its initial management company, its previous school administrators, its auditors and even its students,” the panel’s letter states. “They also blamed their own lack of experience, saying ‘we’re not professionals.’ The panel members were extremely concerned about the lack of understanding and contrition on the part of the school officials.”

School leadership previously laid blame for the late audits on its former management company, Torchlight, with which it severed ties, and the accountant it hired after the split. The school’s board took on legal counsel after the Charter Schools Advisory Board decision and hired a new accountant to complete the audits.