Guest columnists: Bill would ensure recognition for all wounded veterans 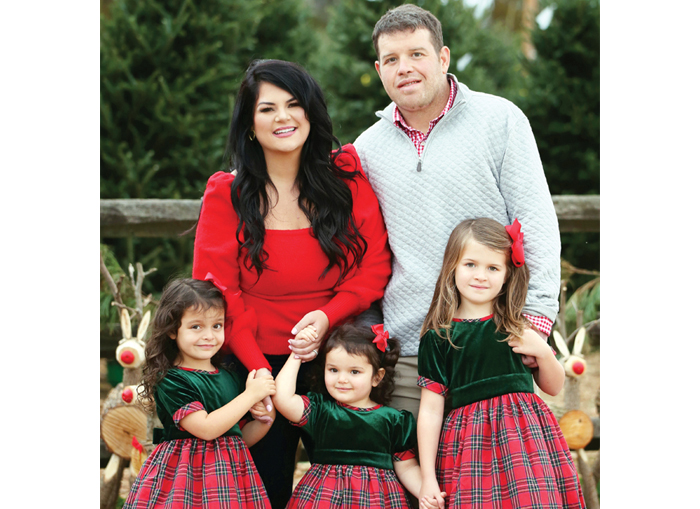 Sgt. Michael Verardo and his family. He suffered catastrophic and life-changing injuries after an IED blast in Southern Afghanistan

An Alive Day marks the day a service member nearly died in combat but through the modernization of battlefield medicine, grit, determination and camaraderie, service members are surviving wounds what could have killed them just a decade earlier.

Home to some of the finest military installations in the country, North Carolina breeds our nation’s frontline war heroes. The freedom of many is protected by the bravery of a few. That bravery shines especially brightly in North Carolina.

On April 24, 2010, Waxhaw resident Michael Verardo suffered catastrophic and life-changing injuries in Southern Afghanistan. Sgt. Verardo was awarded his first Purple Heart just two weeks earlier when he was riding in the turret of a M-ATV as the gunner and the vehicle hit a buried improvised explosive device (IED). Sgt. Verardo was ejected 30 feet and medically evacuated. While recovering in Kandahar, Verardo requested to be returned to his unit because their casualty count was high and he wanted to help continue the mission. On his very first foot patrol, just two weeks later, Verardo was hit again, this time with life-changing consequence. The IED ripped off his left leg, much of his left arm, left him with severe burns, facial damage and in need of a field blood transfusion in order to be kept alive. Verardo’s military brothers loaded him onto the medical evacuation, believing it was the last time they would see him, as the injuries were not conducive to life.

Verardo clung to life aboard the medical flight, flatlining several times, and staying in a comatose state through Germany. He ultimately reached his final destination of Walter Reed National Military Medical Center, where he remained on status: death imminent.

Verardo survived, and April 24 will mark 11 years of life for him post-Afghanistan. Like many of our nation’s most catastrophically wounded heroes, the fight is lifelong, and the family fights right beside them. Sgt. Verardo has endured 120 surgeries and years of speech, visual, physical and occupational therapies. He lives at home with his wife and three daughters where he requires full-time care. For heroes like Verardo, the battlefield may be in the past, but the battle rages on at home.

Verardo earned two Purple Heart medals on behalf of a grateful nation. What he and others like him continue to give deserves our endless respect.

Under the proposed “North Carolina Wounded Heroes Day,” North Carolinians will join together to honor the sacrifices made by our state’s heroes.

State Rep. David Willis and State Sen. Todd Johnson led the charge to introduce the bill in honor of wounded Heroes in North Carolina, identifying Sgt. Verardo’s Alive Day, April 24, 2010, as the day to recognize all North Carolina wounded veterans. In a time where so much divides us, let us remember that it is the most sacred duty of all Americans to support those who allow us the freedom to disagree.

We urge all North Carolinians to honor the sacrifices made by our wounded veterans and join together to ensure their heroic stories are never forgotten.

Sarah Verardo us CEO of The Independence Fund, a national nonprofit serving catastrophically wounded veterans and their families, and her husband’s caregiver. Rep David Willis is a Republican whose 68th District covers parts of Union County.