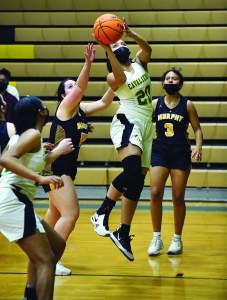 North Rowan junior Hannah Wilkerson has been named the Yadkin Valley Conference Player of the Year for girls basketball.

North Rowan sophomore Kamora Cannie was named to the all-conference squad. She averaged 13.2 points this season and has 513 for her career.

North (9-3) was 8-0 in the YYC, winning an outright conference championship for the first time in program history.

Carpenter averaged 11.3 points for the Cavaliers (6-6), including a 27-point outburst against Albemarle.