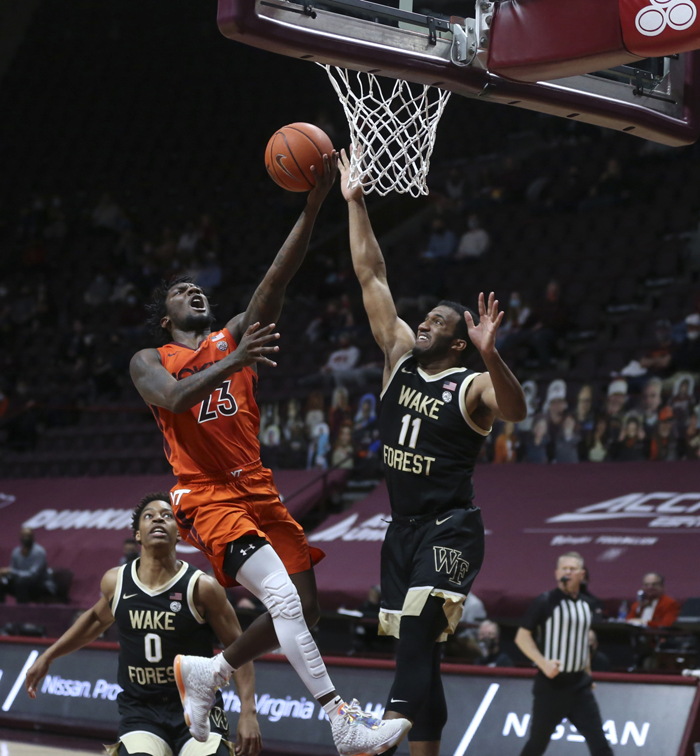 Virginia Tech recorded its largest margin of victory for an Atlantic Coast Conference game. The previous record for the Hokies was a 94-65 win over Wake Forest in 2011.

Aluma hit 9 of 11 from the floor, including a career-high five 3-pointers. Nahiem Alleyne added three 3s and finished with 13 points.

Wright scored 19 points and had six of his seven dunks in the second half when the Yellow Jackets (13-8, 9-6 Atlantic Coast Conference) were able to pull away from the Orange (13-8, 7-7), who saw their NCAA chances dissipate further with their second straight loss.

BOSTON (AP) — Jay Heath scored 19 points and Boston College sank seven of eight free throws in the final 45 seconds to  give interim coach Scott Spinelli a victory in his first game as a college head coach.

DeMarr Langford had 17 points and six rebounds, making a pair of free throws with 12 seconds left after the Fighting Irish cut a 12-point second-half deficit to two.  The Eagles (4-13, 2-9 Atlantic Coast Conference)   won for the first time since Jan. 12 and in its first game since Jim Christian was fired on Feb. 15.

Prentiss Hubb scored 23 of his 28 points in the second half for Notre Dame (9-13, 6-10), which hosts North Carolina State on Wednesday.

The Eagles (13-12, 7-9 Sun Belt Conference)  registered their first win in four tries against the Mountaineers this season.

David McCormack bruised his way to 20 points, Marcus Garrett added 14 on his senior night, and the No. 17 Jayhawks beat the Bears 71-58 on Saturday to leave top-ranked Gonzaga as the nation’s only unbeaten team.

They also made the sure Baylor would need to wait at least a few more days to clinch its first conference title since 1950.