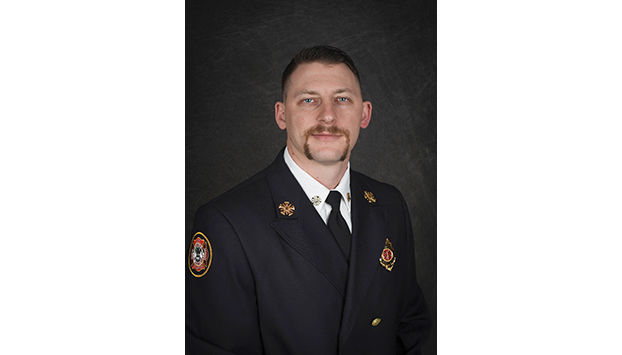 SPENCER — Michael Lanning will officially begin a new role as the town’s fire chief on March 1.

After joining Spencer Fire Department in 2012 as a part-time engineer, Lanning later served as captain and in the summer of 2020 was promoted to assistant chief, the department’s only full-time position. He received multiple awards and accolades while serving in his previous roles — from rookie of the year to officer of the year.

“I am extremely honored to be chosen to lead this department,” said Lanning. “By building on the fundamentals of pride, integrity and professionalism that my predecessors instilled into this firehouse, I believe the opportunities are endless. Spencer Fire Department will serve the community while striving to improve methods, so we can ensure the best customer service and emergency services possible. We have only begun to scratch the surface of our potential.”

Spencer’s fire chief has previously been a volunteer position, but after the position became open at the end of 2020 Franzese named Lanning as interim chief. He also engaged with department members to get feedback on departmental operations and the ideal qualities of the next fire chief. Members covered a broad range of characteristics, but there was  a strong emphasis on the importance of leadership, communication, ethics and dedication.

“It is most appropriate for Spencer’s one full-time position in the fire department to be the chief,” said Franzese. “Chief Lanning’s demonstrated knowledge, skills and abilities; his reputation within the department and among local agencies; and his vision for a highly professional, team-oriented, diverse, and inclusive department make it clear that he is prepared to take Spencer Fire Department into the future.”

Lanning and his wife, Kristin, have been married for nine years and have two children, Hunter (8) and Harper (5). Lanning enjoys spending time with family, hunting, fishing and traveling. The family attends South River Methodist Church in the Woodleaf community.