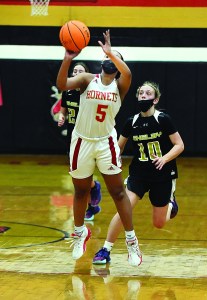 Bryant averaged 15.4 points for the CCC champs. The Hornets finished  14-2 season on Thursday with a 48-46 loss to Shelby in the second round of the 2A state playoffs.

On the boys side, CCC champ North Davidson took the top honors, with Jamarien Dalton named CCC Player of the Year and ND’s Josh Snyder recognized as CCC Coach of the Year.