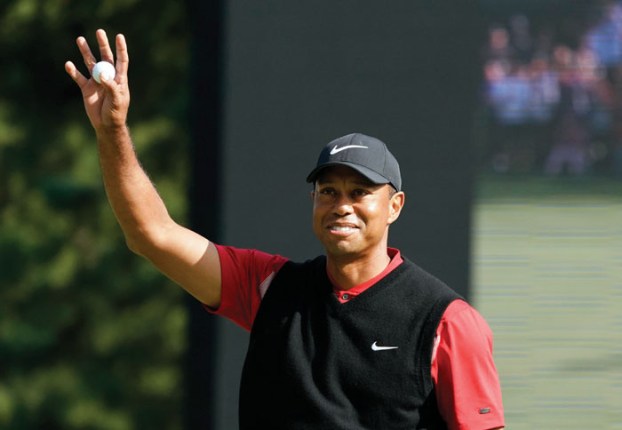 The PGA Tour without Tiger Woods was always inevitable purely because of age. His shattered right leg from his SUV flipping down a hill on a sweeping road through coastal Los Angeles suburbs only brings that closer.

Golf wasn’t ready Wednesday to contemplate the future of its biggest star after the 10th and most complicated surgery on the 45-year-old Woods. There was more relief that he was alive.

“Listen, when Tiger wants to talk about golf, we’ll talk about golf,” Commissioner Jay Monahan said at the World Golf Championship in Florida. “When you’re going to overcome what he needs to overcome, I think the love of all of our players and everybody out here, it’s going to come forward in a big way and across the entire sporting world.”

Woods shattered tibia and fibula bones on his right leg in multiple locations. Those were stabilized by a rod in the tibia. A combination of screws and pins were used to stabilize additional injuries in his ankle and foot.

“I would say, unfortunately, it’s very, very unlikely that he returns to be a professional golfer after these injuries,” said Dr. Michael Gardner, chief of orthopedic trauma at Stanford Medical Center.

Hurricanes to let in fans next week

The Carolina Hurricanes are eager to allow fans to attend games after an easing of COVID-19 statewide restrictions by Gov. Roy Cooper.

Cooper’s announcement Wednesday permits larger sports venues seating more than 5,000 people to host up to 15% of capacity. The changes go into effect Friday.

The Hurricanes say they plan to start allowing fans for the March 4 home game against Detroit. Fans will be required to wear masks and practice social distancing.

The NBA’s Charlotte Hornets said they are preparing plans for fan attendance.

At the college level, the Atlantic Coast Conference had previously announced it would offer no tickets to the public for its upcoming men’s and women’s basketball tournaments in Greensboro. The league said Wednesday it was evaluating whether there would be any change.

TAMPA, Fla. (AP) — Ross Colton scored in his NHL debut and Andrei Vasilevskiy made 25 saves in the Tampa Bay Lightning’s 3-0 victory over the Carolina Hurricanes.

Blake Coleman and Barclay Goodrow also scored, and Alex Killorn had two assists. Vasilevskiy had his 22nd career shutout and first since March 2020 against Montreal. Alex Nedeljkovic made 25 saves for the Hurricanes after shutting out the Lightning in his previous start.

Heredia, who was added to Atlanta’s 40-man roster, was designated for assignment on Sunday when the Mets finalized a deal  with center fielder Kevin Pillar.

Heredia is the second veteran outfielder to be added to Atlanta’s roster this week. The Braves claimed Phillip Ervin off waivers from the Chicago Cubs on Monday.

“We’ve got a lot of outfielders in camp all of a sudden,” manager Brian Snitker said Wednesday.

Heredia, 30, played for the Mets and Pittsburgh last season, hitting .212 with two homers and five RBIs in 15 games.