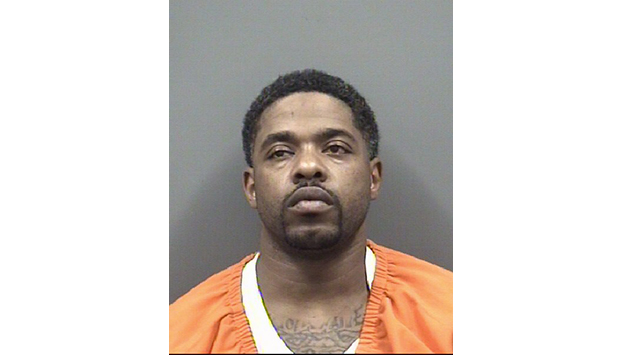 CHINA GROVE — A Kernersville man is accused of taking Rowan County Sheriff’s Office deputies on a chase early Tuesday that ended in woods behind Carson High with a laundry list of criminal charges.

Maj. John Sifford said Nance did not have a functioning tag light on his SUV as he was driving on I-85 near the Peach Orchard Road exit. A sheriff’s deputy drove behind the SUV and couldn’t make out the details on the license plate because of a cover that caused a glare. The vehicle made multiple lane changes and varied its speed, Sifford said.

As Nance’s SUV approached N.C. 152, a sheriff’s deputy activated his lights and sirens. That’s when the chase began.

The vehicle traveled through the roundabouts on N.C. 152’s bridge over I-85 in the wrong direction, Sifford said. Nance allegedly turned into the Hitachi Metals parking lot, drove at the pursuing deputy, drove through grass in front of the business and through a fence, Sifford said.

The Sheriff’s Office said Nance turned onto Kress Venture Drive, which is the only entrance and exit to Carson High School, and drove around in the front parking lot before getting stuck in a practice field behind the school.

Sifford said a sheriff’s deputy drew his rifle and gave commands for Nance to exit the vehicle. That’s when Nance allegedly fled on foot toward woods near the school. He was found lying on his side about 20 yards into the woods and placed in custody.

In Nance’s possession, his vehicle and a duffle bag dropped near Hitachi Metals, deputies found found a total of 115 grams of white powder determined to be cocaine, 376 grams of marijuana and $791 in cash, Sifford said. Deputies allegedly also found digital scales, an extended magazine for a handgun, two cellphones, a number of sandwich bags, grinders and cigarillos.

Nance’s vehicle was towed. He was booked into the Rowan County Detention Center, where he remained Wednesday, with a total bond of $1 million.

The full list of charges Nance faces is as follows:

• one felony count of possession of a schedule six controlled substance with intent to manufacture, sell or deliver.

• one felony count of selling or delivering a controlled substance within 1,000 feet of a school.

• one felony count of possession of cocaine with intent to manufacture sell or distribute.

• one misdemeanor count of possession of marijuana drug paraphernalia.

• one misdemeanor count of possession of drug paraphernalia.

• two felony counts of fleeing or eluding arrest with a motor vehicle.