High school basketball playoffs: Everything is different this season 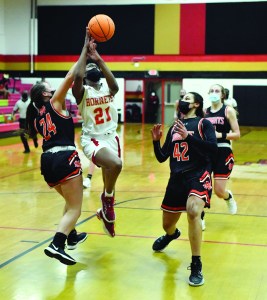 SALISBURY — How weird are the basketball state playoffs in this COVID season?

Well, Newton-Conover (14-0) arguably has the best 2A girls team, but the Red Devils will be the road for Tuesday’s first round.

MaxPreps rankings and overall records were fun to look at and talk about since this season started, but they were no factor in creating this year’s NCHSAA brackets.

Brackets were made up by random draw. The nine conference champs were all considered equal regardless of who they’d played or who they’d beaten or what their record was or where they were ranked.

The only two ingredients that mattered at all this year were conference finish — automatic qualifiers were allotted based on the size of the conference— and conference winning percentage.

Things shook out better for some than others.

It could’ve been worse for the Salisbury girls, who got the No. 3 seed. They could just as easily have gotten the No. 9.

As the No. 3 seed, Salisbury (13-1) gets a first-round game home against No. 14 (Morganton) Patton that it figures to win easily enough. Patton’s league — the Northwestern Foothills — was ruled by Bunker Hill. They staged a drawing for the league’s second playoff berth between Patton, Foard and Draughn, possibly because all three played a different number of league games. Foard blew away Patton in the final game of the season, but then Patton won the draw. Patton’s reward is a trip to Salisbury as the No 14 seed.

A challenge for Salisbury as far as being No. 3 is that Shelby (14-0),  a team that some people think is the team to beat, drew the No. 6 seed. So there’s about a 99% chance that we’re looking at a second-round Shelby-Salisbury matchup on Thursday in the historic Salisbury gym. In a perfect world, that’s a fourth-round game or even a regional final, but this system isn’t exactly perfect.

This is a system guaranteed to make people appreciate the days when MaxPreps rankings ruled. 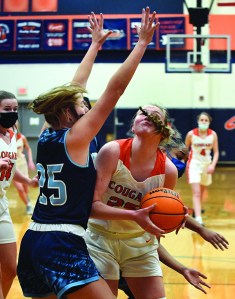 Kings Mountain (10-4) made it as one of the five wild cards in the 3A West bracket. They were 9-3 in the Big South Conference, finishing behind Ashbrook and tying Crest for second place. Crest got the league’s No. 2 berth. Kings Mountain figures to be a pretty tough first-round test. The Mountaineers lost to Ashbrook twice and to Crest once. Their other loss was to unbeaten 2A Shelby. 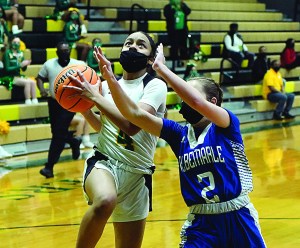 North Rowan’s girls (9-2) were conference champs of the 1A Yadkin Valley Conference.

Both of their losses were to 2A schools. They lost a close one at home to West Stokes (11-0), which drew the No. 1 seed in the 2A West bracket.

North Rowan’s other loss was by one point at Thomasville (5-7).

Seeded No. 4, the Cavaliers will be hosting No. 13 seed Murphy on Tuesday.

That looks like a tough first-rounder. Murphy (12-2) finished second to Robbinsville (11-1) in the Big Smoky Mountain Conference. Murphy will have a long trip from the mountains, which should help the Cavaliers. 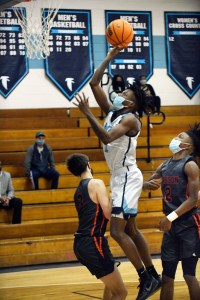 West Rowan’s boys were the luckiest of the locals in what amounted to a lottery for bracket positioning. They are the No. 1 seed in the 3A West bracket.

What that means is they could play at home all the way through the regional final. Of course. it won’t be easy. Everyone in the bracket is good.

The Falcons (13-1) had to earn their conference championship the hard way, winning at North Iredell Friday in a conference tournament showdown to claim the North Piedmont Conference’s only automatic playoff berth.

West Rowan will be hosting wild card Monroe (9-3) in a first-round game on Tuesday. Monroe finished third in the Southern Carolina Conference behind undefeated Weddington and Charlotte Catholic.

Monroe will be a good No. 16 seed. The only losses for the Redhawks were to Weddington and to Charlotte Catholic (twice).

Monroe generally has excellent quickness and athletes and had some fierce playoff battles with North Rowan not long ago when both of those schools were in the 2A ranks. 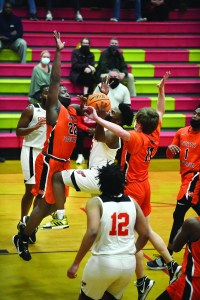 Salisbury’s boys are the No. 12 seed as the runner-up from the 10-team Central Carolina Conference, which got three automatic berths.

Salisbury (8-4) will have a long trip to Burnsville to face No. 5 Mountain Heritage in Tuesday’s first round.

Mountain Heritage is 11-0, but the Hornets have played a good schedule, facing three strong non-conference opponents, in addition to North Davidson and Ledford.

Salisbury’s boys have a history of success against the mountain programs, and they’ll have a shot at knocking off another one.

Those are the five local teams that made the playoffs.

In a normal season, North Rowan’s boys, A.L. Brown’s boys and West Rowan’s girls would’ve been in the bracket, but the playoff field was sliced in half this year.

West’s girls (10-4) finished second in a six-team league that got only one automatic playoff berth.

West didn’t get one of the wild-card spots, as a 7-3 conference record wasn’t quite a good enough. They would have made it with an 8-2 conference record, so the two-point loss at North Iredell cost the Falcons a berth in the playoffs. West’s other three losses (two in the regular season and one in the conference tournament championship game) were to Carson.

The field has been cut in half, which means teams are starting with games that would’ve been second-rounders in 2020.