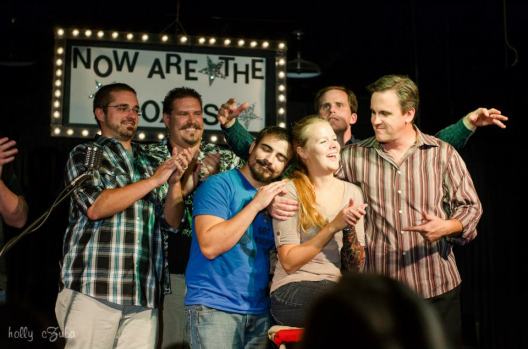 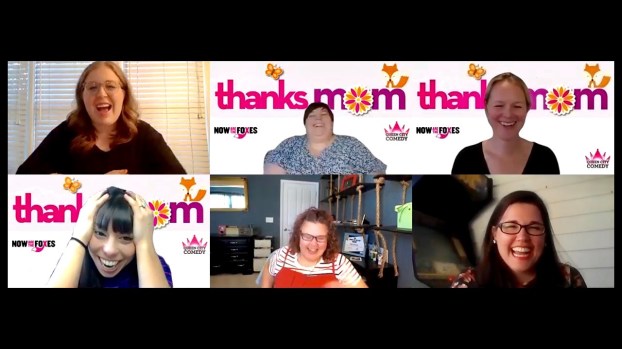 SALISBURY – Ten years ago Lee Street Theatre had a problem. There was space reserved for a show, but the production did not come together. A mix of local performers and Catawba College students came together quickly to put on an improv night.

At the time, it was planned as a one-off show to save the day, but afterward the group kept performing. Ten years later, Now Are the Foxes will be spending most of the time in a global pandemic. The first benefit the group held when the pandemic started was for Lee Street.

“I think there’s a picture I used of a show we did right before the pandemic with five players stacked on top of each other,” Chief Comedy Facilitator Cale Evans said. “We will never see that again.

Evans has been part of the group since the beginning. He said the group has evolved over time and it is unusual for an improv group to stick around for more than a couple years because people tend to branch off and follow other interests. The group has attracted performers from all over the southern Piedmont and over time a lot of the Salisbury members moved away or stopped performing.

The pandemic has been a trying time for performing arts across the board, but Now Are the Foxes saw opportunity in the virtual landscape people have been creating simulacra of experiences in for the past year.

“If you asked me a couple years ago if I wanted to do a show online through Zoom I would have asked ‘What is Zoom?’ ” Evans said.

Evans said he has laughed just as hard at some of the online shows as the face-to-face ones. Part of improv is accepting mistakes and working them into the scene as jokes. Hosting a comedy show on a video call comes with a lot of the same snafus encountered in Zoom meetings everywhere.

Karla Dingle, an eight-year veteran of the group, said it is difficult to keep her three chihuahuas from invading her camera space during shows. Sometimes a performer will be muted or unmuted at an inopportune time. One performer can only get peace and quiet for shows in his closet, so the scene for people looking at his display is of a man surrounded by clothes.

“Maybe it inspires you to do a scene in a kitchen because that’s where someone is,” Dingle said.

Dingle said she thinks the group has improved over the years and Evans thinks it is stronger than ever now. The group wants to get back to in-person performances, but performing online has allowed it to perform more and with more people than ever.

Old members have reconnected with the group in the online format, even one who moved to Australia. Emily Bartsch said her move across the globe made her take a step back from the group.

“That was a huge bummer,” Bartsch said, adding she would come on as a guest star when she was in town.

Online improv was a positive part of the last year and Bartsch said it was wonderful to laugh with everyone again.

The group has also had the chance to perform with other groups from countries including South Africa, India, and the United Kingdom, as well as make connections with people in other parts of the country like a Miami-based group.

The group also performed a streamed show where members were together with no audience and Evans thinks the pandemic will result in more virtual components. Still, they want to get back to in-person performances.

“I miss a live audience so much,” Dingle said. “There is nothing that will ever replace that.”

The group was named Charlotte’s best improv troupe in 2020 by Queen City Nerve. The 10th anniversary celebration is the last week in February with a competition with Vermont Comedy Club on Thursday and a family-friendly show with Improv Charlotte to raise money for Feeding Charlotte on Saturday, as well as three shows with other improv groups around the world.