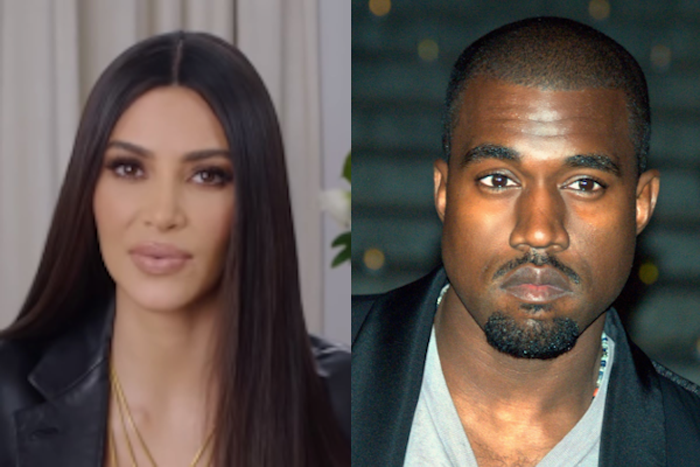 Kim Kardashian has filed for divorce from Kanye West.

Kim Kardashian West filed for divorce from Kanye West Friday after 6 1/2 years of marriage, court records show. The move brings an impending end to one of the most followed celebrity unions of the 21st century — the marriage of a reality TV superstar and a hip-hop and fashion phenomenon with four kids, a vast fortune to split and even more fame.

Kardashian is seeking joint custody of the children and her filing states the couple have a prenuptial agreement that will determine how their assets will be divided. It cites irreconcilable differences for their breakup and lists their separation date as May 24, 2020.

The couple began dating in 2012 and had their first child in 2013. West proposed later that year using the giant screen at the empty waterfront ballpark of the San Francisco Giants, and the two married May 24, 2014, in a ceremony at a Renaissance fortress in Florence, Italy.

The beginning of the end of the marriage comes after the September announcement that the show that made her family’s name, “Keeping Up With The Kardashians,” was coming to an end in 2021 after 14 years.

It was the first marriage for the West, 43, and the third for Kardashian, 40. While the union wasn’t long, it outlasted the predictions of many cynics who thought doom was inevitable given the two oversized personalities, West’s well-known volatility and the fact that Kardashian’s previous marriage, to former NBA player Kris Humphries, was fleetingly brief.

Kardashian’s first marriage at age 19 in 2000 to music producer Damon Thomas lasted until 2004, and in 2011, she married Humphries in a heavily hyped wedding that was televised in a two-part special on “Keeping Up With the Kardashians.”

She filed for divorce less than three months later, though was still legally married in 2012 when she and West, a friend for years who had paid tribute to her in his songs, became a couple, and she became pregnant.

Since the Humphries divorce, Kardashian has retained the services of perhaps the best-known divorce attorney in the country, Laura Wasser, dubbed the “Disso Queen” after representing clients that include Angelina Jolie, Johnny Depp and Britney Spears. Wasser filed the divorce Friday in Los Angeles Superior Court. It was first reported by celebrity website TMZ.

Kardashian is a Los Angeles-area lifer, but West is from Chicago and spends much of his time, including many of the latter months of the marriage, at his ranch in Wyoming, and has said he wants his kids with him there.

Both Kardashian and West have have parlayed their initial fame — his for being a sought-after hip-hop producer and the rapper behind “Stronger” and “Gold Digger,” hers for becoming a reality TV star on a par with a movie star — into bigger endeavors, and have amassed considerable wealth with it.

West’s Yeezy fashion line, with its pricey clothing and coveted Adidas sneakers, has become as much part of his life and persona and his music. Kardashian went from famous socialite to major businesswoman, with mobile apps and games in her name, along with beauty products and clothes.

West has 30 million followers on Twitter, Kardashian has nearly 200 million on Instagram. Both are among the most posted-about people in the history of social media.

West was a vocal Donald Trump supporter who became a minor candidate for president last year; he ended up having little effect on the election. Kardashian has taken preliminary steps toward becoming a lawyer after devoting herself increasingly to freeing the unjustly imprisoned, which had led to meetings with Trump.

While their marriage was extremely high profile in some ways as two experts in self-promotion became a team, the two did not appear together in public all that frequently. And the inner workings of their marriage were usually a well-guarded secret that took years to spill out into public view. On “Keeping Up with the Kardashians,” West appeared only occasionally, mostly serving as an oft-discussed off-screen character, and unlike other Kardashian couplings, viewers didn’t see even made-for-TV versions of fights or especially tender moments.

They had more than their share of globe-trotting, scene-making and controversy-stirring moments however, from a trip to Jerusalem for North’s baptism, to fashion weeks around the world including one in Paris where Kardashian was bound and robbed, to West’s years-long feud with Taylor Swift, which Kardashian got sucked into.

But their careers did not have much overlap, and they spent much of their married time far apart.

And her carefully curated persona stood in contrast to his erratic public moments that often resulted in wild statements and over-sharing tweet storms.

In one of these, since deleted, in July 2020, West said he had been trying to divorce Kardashian, that her mother Kris Jenner was a tyrant and that the family was trying to force him into psychiatric treatment.

Kardashian responded with a statement on Instagram, urging people to have compassion for West as he struggled with mental illness.

“He is a brilliant but complicated person who on top of the pressures of being an artist and a black man, who experienced the painful loss of his mother, and has to deal with that pressure and isolation that is heightened by his bi-polar disorder,” Kardashian said. “Those who are close with Kanye know his heart and understand his words some times do not align with his intentions.”

West has not tweeted since election night. Kardashian was silent Friday on social media.