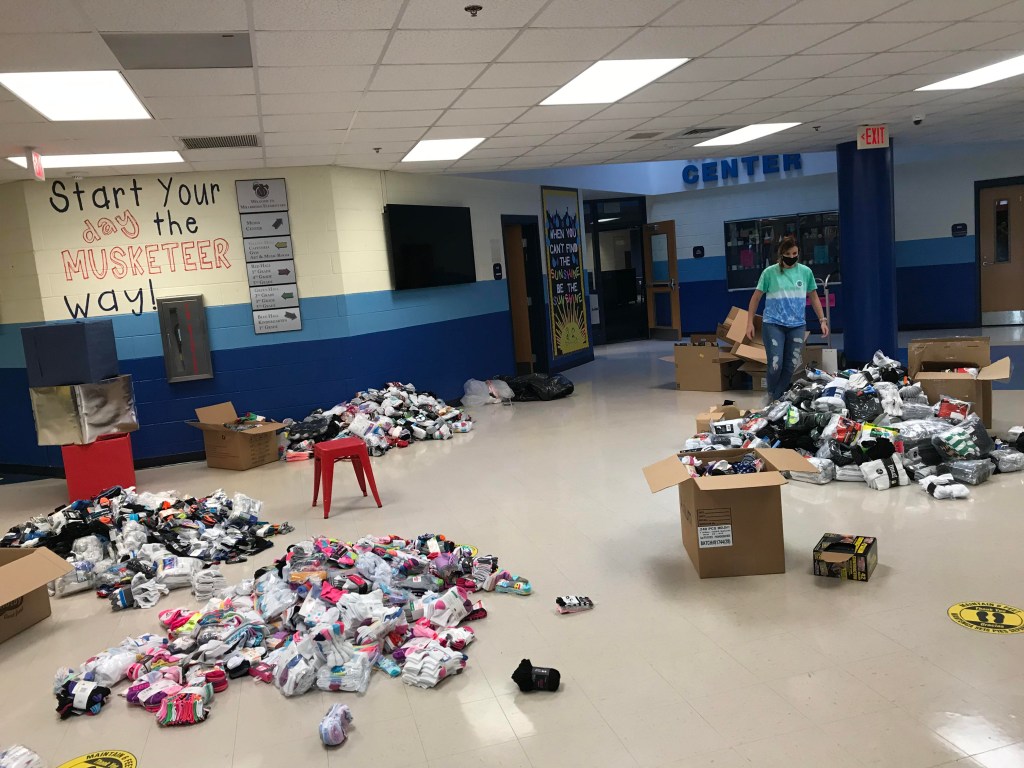 CHINA GROVE – Socks come and go, whether it is the mysterious laundry fairy taking your coziest pair or a hole letting your big toe pop through.

But socks are one of the items charitable organizations need most for clothing assistance programs, and Millbridge Elementary School students collected 8,197 pairs of them.

The socks, which are all going to charitable efforts, are the product of the school’s first community project. Students had two weeks to collect as many socks as they could.

The socks kept flowing. Fourth grade teacher Jessica Deal said they were expecting much fewer. Even reaching 1,000 would have been fine. The last day of the drive, students brought in 2,000 pairs.

There were so many that the donation receptacles started to overflow and socks started to pile up in the hallway. 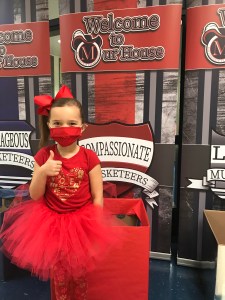 Eventually, the school had to figure out how to get rid of this new stockpile. It always planned on donating to Rowan Helping Ministries along with other schools in the Rowan-Salisbury Schools district. The school’s own clothing closet is now brimming with socks, but it still has plenty to spare.

Now, it plans to send them to local churches, charities in Charlotte, a community center in Mooresville and a missionary group in Texas. That group got in touch because they heard Millbridge was the place with the socks.

“I think it speaks to our school as a whole community,” fifth grade teacher Wendy Myers said. “They know there’s a need.” 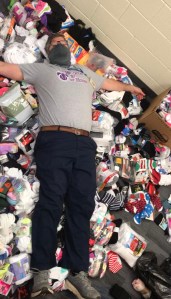 This was the first of what the school hopes to make a recurring activity of community service projects. The school has three “houses,” color coordinated and named for positive values.

Students, teachers and even substitute teachers belong to either the courageous, compassionate or loyal house. The houses are a way to build community and have fun competitions.

The compassionate house won this time, donating 3,468 pairs of socks, but there is no prize except bragging rights and getting to fly their banner in the school until the next contest. Kindergarten teacher Shannon Krieg said the kids would cheer each other on between houses when they would drop socks off in the receptacles in the morning.

“It made my teacher heart happy every morning when those kids would come in and put those socks in,” Krieg said.

Kreig, Myers, Grandt and Deal are all part of the school’s teacher-led design team. Baker said the team identified the need for the school culture to be positive, happy and connected so staff and students want to be at Millbridge. He extended Kudos to them for their work.

The school is plotting its next service endeavor, but the details have not been nailed down.

“We would love to reach out to local animal shelters, but 8,000 pounds of dog food, where are we going to put that?” Grandt joked, adding the school will look at the community and find the greatest needs the school can help with.