Looking back: The day of Earnhardt’s fatal crash 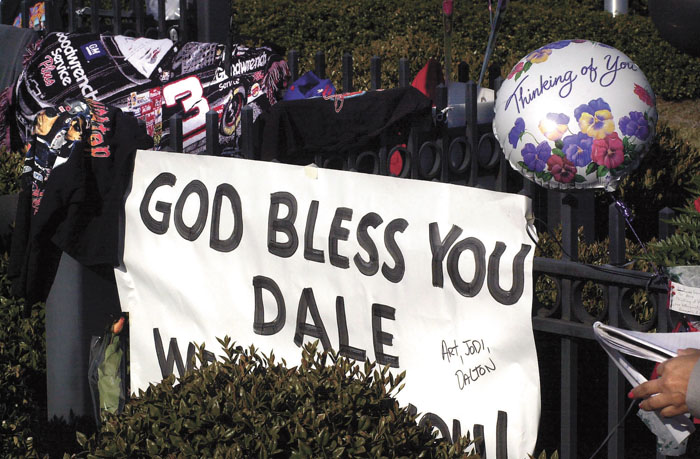 Editor’s note: The death of Dale Earnhardt from a crash during the last lap of the 2001 Daytona 500 is considered the darkest day in the history of NASCAR. The 20th anniversary of his death was Feb. 18 and the stock car racing community has noted that his legacy includes dramatic improvements in the safety of motorsports. As part of its coverage, The Associated Press is republishing its primary Daytona 500 story from Feb. 18, 2001:

DAYTONA BEACH, Fla. — Dale Earnhardt, the greatest stock car star of his era, was killed in a crash on the last turn of the last lap of Sunday’s Daytona 500 as he tried to protect Michael Waltrip’s victory. 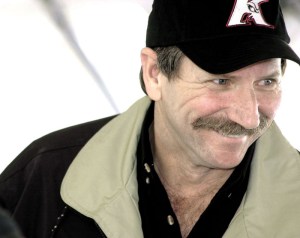 The 49-year-old driver had to be cut from his battered car and was taken to Halifax Medical Center, where he was pronounced dead of head injuries.

“He had what I felt were life-ending type injuries at the time of impact and nothing could be done for him,” said Dr. Steve Bohannon, an emergency physician at the hospital who also works for Daytona International Speedway.

The accident happened a half-mile from the finish of the NASCAR season-opener as Earnhardt’s newest driver, Waltrip, and son Dale Earnhardt Jr. were in front racing toward what should have been the most triumphant moment in the brief history of Dale Earnhardt Inc.

Earnhardt, a master of superspeedway racing, was fighting for third place, leading a tightly bunched five-car pack heading through the final turn. The back left corner of his famed black No. 3 Chevrolet was bumped by Sterling Marlin. Earnhardt’s car fishtailed slightly and briefly slid to its left, down toward the infield, before suddenly swinging back to the right and cutting across traffic at a sharp angle. He clipped Ken Schrader, whose yellow Pontiac carried both cars hard into the concrete wall headfirst at about 180 mph.

With Earnhardt’s car already smoking and shredding at the front, Schrader’s car stayed lodged into the passenger’s side of the Chevrolet, forming a T. The cars careened again off the wall, plowing into the final turn and sliding to a stop on the infield grass.

“I guess someone got into Dale because Dale got into me and then we went up,” Schrader said. “We hit pretty hard and Dale hit harder.”

The scene was grim as safety workers removed Earnhardt from the car, and the accident removed all the luster from a glittering race that kept the record crowd of 195,000 spectators on their feet most of the afternoon.

Many of them were well on their way home when NASCAR president Mike Helton made the announcement, about 90 minutes after the race ended.

“This is undoubtedly one of the toughest announcements I have ever personally had to make. We’ve lost Dale Earnhardt,” Helton said.

Fans in and around the sprawling speedway wept after hearing the news. The track lowered its huge American flag in the infield to half-staff after the race.

Earnhardt was a seven-time Winston Cup champion, and his 76 victories were the most among active drivers. He continued to race for longtime friend and boss Richard Childress while starting his own team, which expanded to three cars with the addition of Waltrip this year. His other drivers were Earnhardt Jr. and Steve Park.

The death of Earnhardt left NASCAR reeling in the wake of a 2000 season in which three of its young stars were killed in separate accidents.

Adam Petty, the fourth generation of stock car racing’s most famous family, and Kenny Irwin died in crashes two months apart at New Hampshire International Speedway and Tony Roper was killed later in the year in a crash during a truck race at Texas Motor Speedway. All three died of the same type of head injuries that apparently killed Earnhardt.

Following those deaths, safety had become a front-burner issue for the sport, with a debate over possible rules changes and the use of new safety equipment. Earnhardt wore an open-faced helmet and shunned some of NASCAR’s other basic safety innovations. He didn’t like the restrictor plates NASCAR used to slow speeds at its fastest tracks, and refused to wear a Head And Neck Safety (HANS) brace that recently has been touted as a way to help prevent serious head injuries.

Bohannon said Earnhardt probably died of head injuries, particularly to the base of the skull. They were the same type of injuries that killed the three drivers last year.

“I know the full-face helmet wouldn’t have made a difference,” Bohannon said. “I don’t know if the HANS device would have helped. I suspect not.”

The crash, however, didn’t look that serious at first. Most of the fans’ attention at the time was on the fight for the checkered flag between Waltrip and Earnhardt Jr.

With two- and three-wide racing and constantly changing positions, there was a far more dangerous-looking wreck 25 laps earlier. The 19-car accident sent Tony Stewart’s Pontiac flying through the air and over the roof of another car. Stewart also was taken to the hospital, where he was diagnosed with a concussion.

Earnhardt’s death completely overshadowed the victory by Waltrip, his first in 15 years and 463 races on Winston Cup circuit. At first, Waltrip, the younger brother of retired three-time champion Darrell Waltrip, was jubilant, scrambling from his car in Victory Lane and shouting in a raspy voice: “This is the Daytona 500, and I won it! I won the Daytona 500! I can’t believe it!”

But he was somber as it became apparent that his new boss was badly injured.

“The only reason I won this race is Dale Earnhardt,” Waltrip said.

Waltrip took the lead 16 laps from the end of the 200-lap race at Daytona International Speedway and stayed in front, with Earnhardt Jr. and the elder Earnhardt protecting his flank.

“I thought it might be too bold or bragging to say we could win it in our first race as a team,” Waltrip said. “But I thought we could.

Thanks to the aerodynamic package that NASCAR came up with to promote better racing after last year’s yawner at Daytona, the 43rd version of the stock car Super Bowl produced 49 lead changes among 14 drivers. Last year, there were just nine lead changes and virtually no real racing.

The first race with the new superspeedway aero package, last October at Talladega Superspeedway, was just as breathtaking. It had 49 lead changes and race-long action, but the drivers somehow avoided what seemed inevitable – a big crash.

On lap 174, Stewart went flying and cars were crashing and spinning all over the back straightaway. When it was over, eight of last year’s top 10 in the final points, including champion Bobby Labonte and three-time and defending Daytona winner Dale Jarrett, were knocked out of the race or had severe car damage.

“There was no getting through it. It was like a wall of cars,” said Jeff Gordon, a two-time Daytona winner.

Not everyone was happy with the tight, tense racing.

“Not a lot of fun,” said Jarrett, whose Ford never got into contention. “It just wasn’t a good day. That’s no fun for me at all. I mean, you’re totally at the mercy of someone else when you get three-wide. That’s not racing.”

Rusty Wallace, also involved in the big crash, finished the race with a jagged piece of sheet metal sticking from the side of his car. He wound up third, followed by Ricky Rudd and pole-winner Bill Elliott in the highest finishing Dodge.

This was the official return of the automaker to NASCAR’s top series after a 16-year absence. It appeared one of the new Dodge Intrepids might win the race with Ward Burton and Marlin dominating at times.

Burton’s race ended with the car on a flatbed truck after the big wreck on lap 174, while a punctured tire nearly ended Marlin’s chances. The multicar crash actually helped Marlin catch the leaders and move back into contention, but he faded at the end and wound up giving new NASCAR team owner Chip Ganassi a seventh-place finish.