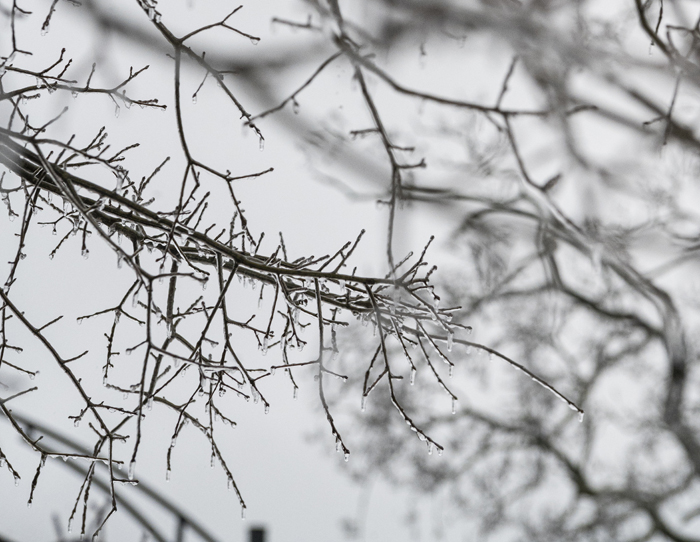 The Salisbury area saw 0.20 inches of freezing rain Thursday, according to the National Weather Service.

The total was on the lower end of projections on Wednesday of up to one-half an inch of ice, which threatened to cause power outages across the state. Instead, power largely wasn’t an issue.

Most commonly, the ice clung to tree branches, bringing some to the ground. But temperatures rose above freezing and melted much of the ice that fell early Thursday.

The National Weather Service projected temperatures could dip to 32 degrees overnight before turning warmer heading into next week. Additional small amounts of precipitation were possible also.