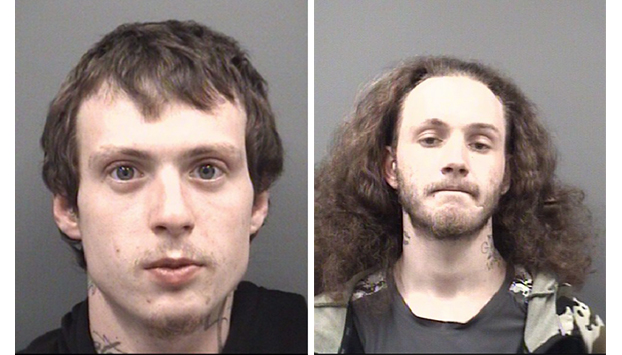 SALISBURY — A 28-year-old Salisbury man has been identified as the person found dead with multiple gunshot wounds after a Rowan County Sheriff’s Office chase ended with a shootout.

James Edward Coe was under surveillance by sheriff’s deputies Wednesday and wanted for a number of charges before being found dead after the chase. The Rowan County Sheriff’s Office said the charges included felony fleeing officers as a result of a Feb. 1 chase in Rockwell as well as a robbery in Virginia. Coe previously had been convicted of breaking and entering a motor vehicle and was out on bond at the time of the chase for possession of a firearm by a felon.

Coe was the passenger in a vehicle driven by Devin Alexander Cornwell, 23, of Albemarle, the Sheriff’s Office said. Cornwell was charged with felony fleeing to elude law enforcement as well as failure to appear. He was out of jail on bond for drug and weapons charges.

Deputies spotted Coe and Cornwell leaving a residence on Jacob Bost Road in a white Chevrolet S10 truck. A news release said Coe matched the description of a wanted suspect.

The surveillance turned into a chase after Rowan Sheriff’s Office deputies attempted to stop the vehicle for brake light and tag violations on South Main Street. The chase made a turn onto Mooresville/Klumac Road and also traveled on Martin Luther King Jr. and Jake Alexander boulevards.

The Chevrolet S10 truck was involved in a crash near Olive Garden at 1425 Klumac Road and received a flattened right front tire. The chase continued over Julian Road before ending on the southbound I-85 ramp.

In a news release, the Sheriff’s Office said Coe got out of the truck and used a long gun to shoot at deputies, striking a patrol vehicle, while fleeing into the woods. The deputies returned fire. 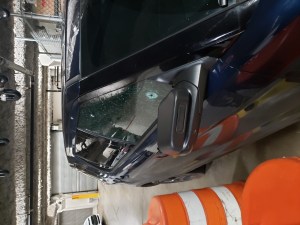 The Rowan County Sheriff’s Office provided this image of a bullet hole in the window of a patrol vehicle.

Cornwell was arrested without incident.

The Salisbury Police Department, N.C. State Highway Patrol and Sheriff’s Office established a perimeter, with officers on the I-85 ramp and West Ritchie Road. A news release said officers heard a single gunshot inside the wooded area as they were searching for the passenger. They found Coe dead as well as a firearm.

A news release said Rowan County District Attorney Brandy Cook and the N.C. State Bureau of Investigation have been notified about the incident. The SBI will conduct an officer-involved shooting investigation.