Kannapolis students back in class for the first time since December 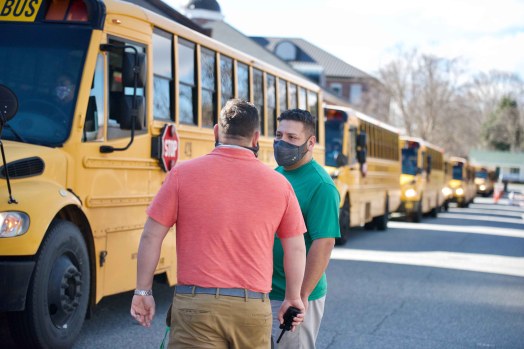 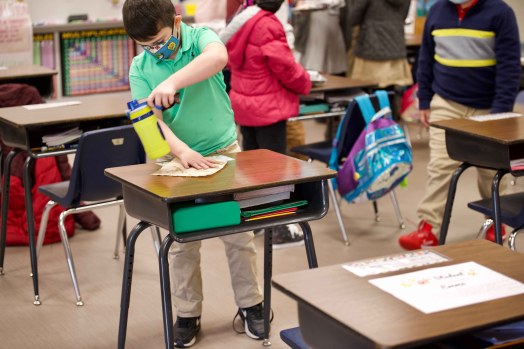 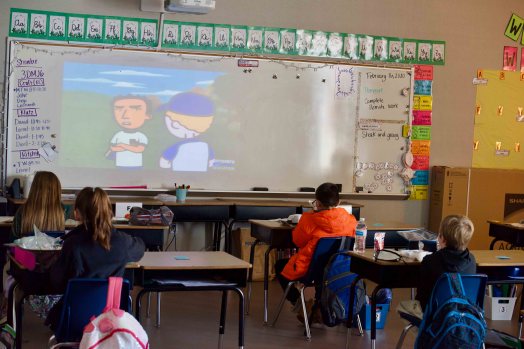 Carl Blankenship/Salisbury Post - a third grade class eating lunch at Jackson Park Elementary School. Students remove their masks but are not allowed to speak to eachother while eating. Teachers play educational videos for them to engage with instead. 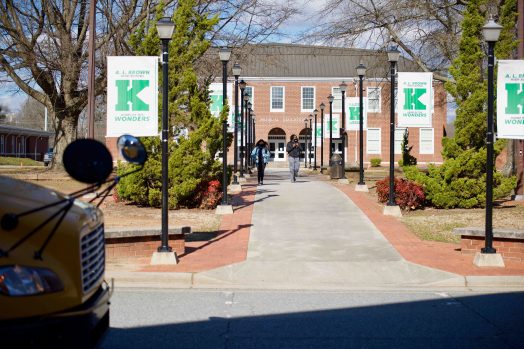 KANNAPOLIS — Students returned to Kannapolis City Schools classrooms for the first time in about two months on Tuesday.

The district did not hold classes Monday since it was Presidents Day, but the first cohort of students were back Tuesday. Things are a bit different this time around. When elementary age students left in December, they were on plan A, attending five days a week. Now they’re on plan B, with students attending two days a week in two cohorts.

When Superintendent Chip Buckwell recommended the district return to plan B as a whole, he said he did not want to put elementary students through yet another transition if the schools could not keep up with plan A.

Buckwell said the district “limped” across the finish line in December just before the COVID-19 pandemic reached its highest point in early January. The district opted to extend all-virtual learning from mid-January to mid-February, and positive cases have declined over the past few weeks.

Classes continued after winter break ended in January and staff returned to schools to work, but not students.

On Nov. 2, the first day elementary students were back the entire week, Jackson Park Elementary School Principal Will Gibson told the Post the school felt more normal than it had in a long time. It felt like the first day of school for the third time in the school year, Gibson said.

On Tuesday, kids were spaced out again. During lunch they could take their masks off, but they were not allowed to speak to each other while they ate. The halls were filled with noises of videos being played to give the kids something to engage with during lunch.

Gibson said the transition back to the classroom was smooth and familiar because the school used the same model in the fall.

Third grade teacher Tammy Currie said she plays educational videos for her students. As they finished lunch, they put their masks back on and ran activities on the projectors.

Currie said participation on Zoom classes was good while the district was all virtual. Toward the end, teachers began to stay on after lessons to help students with questions, which helped, but kids were excited to come back. Currie’s own child had her backpack and supplies ready to go.

Third grader Carson Monteith said she had been around schools in an internal day care program for the children of district employees, but she was happy to be back with her classmates. She said it made her sad to not see her friends except on Zoom and getting answers to questions was more difficult in the virtual setting.

“When we were on the Zoom, we were there to learn. So, we couldn’t really talk about what we did that weekend,” Carson said.

Carson said she enjoyed being in class all week because she could see her friends and wished she could go to school five days a week, but is still happy to be back in class at all.

A.L. Brown High School Principal Angelo DelliSanti also said the transition back into classrooms was smooth and most of the in-person students from last semester, about 400 a day, are back. The school has about 75 more students per day who opted for virtual-only learning as compared to the previous semester.

A.L. Brown biology teacher Erika Nassar said the past couple months have felt stressful because teachers are not accustomed to virtual-only learning.  Nassar said she feels OK being back with the precautions.

“We still social distance ourselves, students are required to wear a mask, I wear a mask, there is a lot of disinfecting going on in the classrooms,” Nassar said.