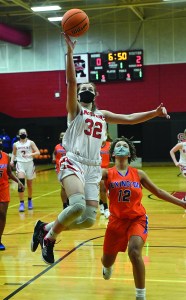 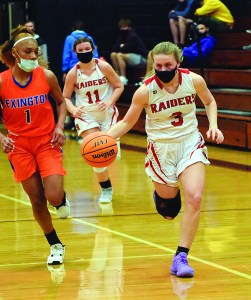 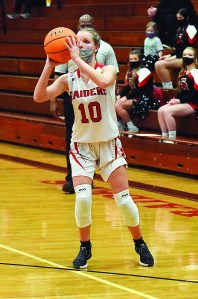 The Raiders won big on on Monday, taking advantage of an extra game scheduled by the Central Carolina Conferene and pummeling East Davidson 54-32.

The 54 points were a season high.

“That was the first game all year where we made a lot of shots,” South coach Alex Allen said. “It’s late in the season, but I’m still glad it happened.”

Carlie Moore (15 points), Mackenzie Chabala (12) and Madilyn Cherry (12) were in double figures. It’s the first time this season South (2-11) has had three girls reach double digits in the same game.

Cherry got really hot in the second quarter and made a couple of 3-pointers and scored 10 points in the period.

“She sprained a pinkie finger in our last game and had to come out,” Allen said. “She had it all taped up tonight, so I told her she needed to keep those fingers taped. She just let it all out tonight. She got all the nervousness out, and just played.”

South will wind up the season tonight with a game at West Davidson.

East Davidson (1-12) lost to South for the second time.