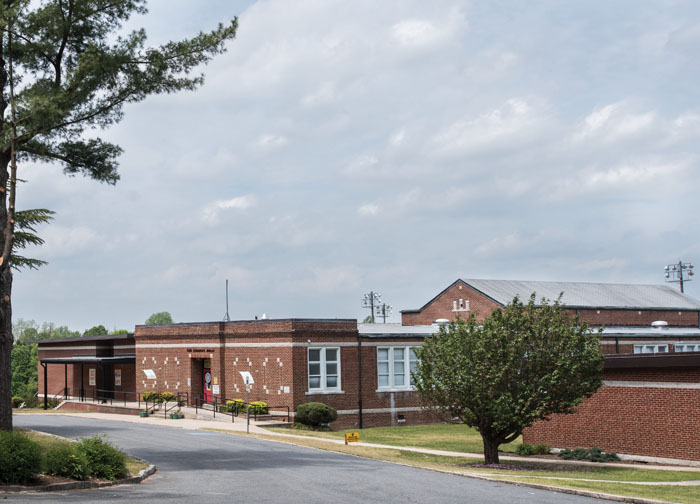 FAITH — The tax value for the combined three parcels that make up the Faith Elementary School property is about $2.6 million, but the value at which the property might sell is more complicated.

Rowan-Salisbury Schools is awaiting an expert appraisal on the property, which is expected by the Board of Education’s next meeting on Feb. 22. The board opted to wait on the appraisal before taking next steps on an active offer from new charter school Faith Academy, which is dated as good until Feb. 15.

The Faith Academy offer is for $250,000, a far cry from the tax value, but there is more to property value than the tax assessment.

RSS Associate Superintendent of Operations Anthony Vann said the real value of a piece of property is what a party is willing to pay for it.

Notable in the school’s value, Rowan-Salisbury Schools has identified about $3.4 million in capital needs at the facility. Vann said the building can still be operated because it is still hosting students, but he compared the building to an old vehicle that is still running. The paint may be faded and it has some issues, but it will still take people to work in the morning.

Some of the needs are roofing repairs and paving. After so many years, the roof starts to wear and the asphalt begins crumbling. Other concerns are energy efficient windows, updated heating and air systems and flooring repairs. Vann said the district has performed a substantial amount of work on the building’s floors during the previous few years.

“The flooring was just in terrible condition,” Vann said.

The capital needs were initially identified by a committee in 2017 and detailed on a chart to be used by the district to determine which facilities it would make the most sense to close financially. That chart was published in 2017 and updated for elementary schools in 2020. Capital needs at Faith Elementary remained the same even though the district continued to invest in the property.

Vann said floor covering work was performed, and the facility benefitted from $6.5 million committed district-wide to heating and air upgrades. Before the HVAC money, the district committed the same number to roofing repairs. Vann said the $3.4 million capital needs figure is still accurate because others things are just another year older as other needs are addressed.

Vann said older buildings typically need more maintenance to keep them up to a satisfactory level. Faith was built in 1929 and received updates and additions. The most recent was 1995 and the school has seven classrooms in mobile units.

An issue with offloading unwanted old school properties is often the facility, he said.

“Numerous people are typically interested in the property, but a lot of those individuals do not necessarily want the building,” Vann said.

Often, a district with no prospective buyers for a closed school property will demolish it. There are cases of school buildings being adapted for purposes other than education, but the layout of school buildings usually do not lend themselves to other uses.

If the district were to demolish the building, Vann estimated it would cost about $300,000 — similar to the cost of demolishing the old Cleveland Elementary.

The district estimates saving at least $500,000 per year for each facility it closes. Faith is set to close along with Enochville Elementary in June.

If the property were to be used for a private business, it would have to be rezoned. If Faith Academy acquires the property, as is proposed, it would already have the correct zoning for its use and an existing school facility.

RSS board member Brian Hightower was one of two dissenting votes on the decision to await an appraisal along with Travis Allen. Hightower said he thinks the board handled the issue poorly. Another option would have been starting the upset bid process with Faith Academy’s offer.

“The right thing to do would be to move forward and give them the property,” Hightower said.

Hightower told the Post he hopes the district can work with the charter school and pointed to Allen’s comments about wanting to help the Faith community get the school off the ground as representative of his views on the issue.

“He said everything I believe,” Hightower said. “They’re in a time crunch.”

The academy board will meet early this week and discuss next steps. The academy has plans to bring in mobile units to begin classes if it can not secure the elementary property.

Faith Academy board member and retired RSS associate superintendent Gene Miller said Faith Academy will continue on regardless of whether it can secure the elementary school, but it is a logical location for the charter school to acquire. If the academy is able to purchase the property in the future, Miller said, it will make the upgrades the building needs.

Miller said it is most likely the mobile units route will be more expensive for the academy’s first year of operation. It will open serving students K-7 and add a grade level each year. The academy is aiming to begin this coming school year with about 500 students enrolled.