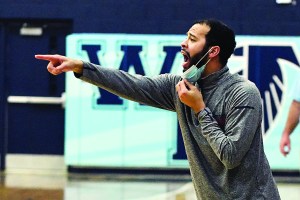 OLIN — East Rowan’s boys basketball team had its best offensive night of the season on Friday.

It still wasn’t enough. The Mustangs lost 87-77 at North Iredell.

The high-scoring win gave North Iredell (10-1, 9-1) a share of the North Piedmont Conference regular-season title.  The Raiders tied with West Rowan and have won the coin flip with the Falcons for the No. 1 seed for the conference tournament.

The Mustangs have forfeited three wins, home victories over South Iredell and Statesville as well as the second game with Carson.

East will be in tournament action next week to close the season. As the No. 6 seed, East will travel to No. 3 seed Statesville on Tuesday.