The shipping and billing information for the $350 Garmin watch that a customer ordered online from his bike shop didn’t match. That didn’t necessarily mean the order was fraudulent, but Phillips, who owns Skinny Wheels bike shop in downtown Salisbury, had been burned enough times to be wary. 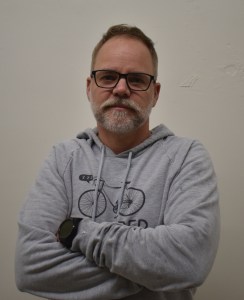 After deciding it was at least worth checking out, Phillips called the number listed on the order summary.

“I got the guy’s voicemail and the name matched the order,” Phillips said. “I thought it was probably legit.”

A few days later, he received a notification that the order had been disputed by the credit card holder — it was fraud.

“Anytime I get an order like that and I ship it out and someone disputes that charge, not only as the merchant do I have to pay for that product and the credit card company will give that money back to the customer, but they’ll launch an investigation and end up taking the money from me,” Phillips said.

To add insult to injury, Phillips said the credit card processing company charges him $15 for the ordeal.

When Phillips received an order for the exact same Garmin watch two weeks later, he didn’t make the same mistake. He called the phone number associated with the order, which belonged to a woman in Charlotte.

“She called me back and told me she definitely didn’t order it and had already canceled her card,” Phillips said.

Instead of canceling the order himself, Phillips decided to chase it down a rabbit hole in an attempt to catch the fraudster responsible. Although he’s been the victim of internet crime before, Phillips has never had the time or energy to pursue justice of his own. He’s typically just turned the cases over to local authorities who have yet to catch the culprit.

With Skinny Wheels temporarily closed for renovations, Phillips now had the time to investigate the fraudulent order and delve into an issue currently facing thousands of business owners and individuals across the country.

As online commerce has continued to gain popularity, so has internet fraud. In 2019 alone, individuals and businesses lost $3.5 billion as a result of internet crime, according to a report published by the FBI. While larger online retailers are susceptible to fraud, so are smaller businesses like Skinny Wheels.

When a fraudulent order happens, it isn’t the credit card company who suffers the consequences — it’s the business.

Phillips said losing money due to a few fraudulent orders isn’t what angers him. It’s the inherent unfairness of the situation that finally drove him to take the investigation of the fraudulent Garmin watch order into his own hands.

Phillips filed a complaint with the FBI and Salisbury Police Department about the matter, but he also hatched a plan of his own. He still sent the package to the address. Instead of putting the watch inside, however, he inserted a GPS tracker. Then, he called the local authorities in Elizabethtown, where the package was being shipped, and asked them to investigate the address.

The on-duty officer visited the home and was able to put Phillips in touch with the recipients. During a conversation with them, Phillips discovered the couple living at the home was an unwitting cog in the scam.

“They think they’re working for a logistics company for extra money helping to route packages,” Phillips said. “My package that I shipped out is delivered to them. They get several packages a day like this and they log into the website, they send the tracking information in and they are provided with a new label and they put it on the package and take it back to the post office to ship out.”

Salisbury Police detective Fred West said internet schemes involving multiple people, whether they are knowingly complicit or not, are common.

“The scammers will get several individuals, usually in different states, in on it so by the time law enforcement is on the tail end of it the funds have already cleared and they can’t be stopped,” West said.

Phillips called and texted every number he could find for the supposed logistics company the couple was working for. He even dialed the fax number, which rang the phone of a lawyer in Charlotte who was confused by his inquiry and had no idea about the scam.

Getting nowhere, Phillips asked the couple who received his GPS tracker to tell him where they were supposed to ship the package next. The couple agreed and waited for the shipping label to be sent to them by the company. However, the order was canceled and the couple never received a new shipping label.

The experience, Phillips said, will make him more wary of fraudulent orders. But it’s difficult to check every order placed online for a small business owner like him.

“I’m not the one always handling these orders,” Phillips said. “I have employees who handle these orders. They don’t have time to sit there and call and email and track these.”

Scott Whittington, co-owner of USA Made Blade, also has dealt with his fair share of fraudulent orders since opening his knife business almost a decade ago. Although USA Made Blade has a storefront downtown, Whittington said most of the shop’s business is online.

The shop’s online store, he said, is constantly flooded with counterfeit orders. The fallacious orders started coming in droves about five years ago. And the cost was almost $3,000 in knives the first month the fake orders started rolling in.

“We get, I would guess, 20 to 25 fraudulent orders a week,” Whittington said.

In most cases, Whittington could trace the fraudulent orders back to mail forwarding services in Oregon, Delaware and Florida that would ship the knives overseas. The most frustrating part, he said, was they wouldn’t receive notice that the transaction was fraudulent for several weeks after already sending out another shipment to the same place.

But bulk orders worth hundreds of dollars became easier to spot and prevent. Whittington said they’ve been able to successfully curtail most scam orders and only a couple slip through per year now.

More difficult to stop, Whittington said, are orders in which the buyer actually did receive the knife but disputes the charge with the credit card company in order to keep it and be refunded the money. A few years ago, when a teenager used his mom’s credit card to attempt such a deceitful transaction, Whittington took matters into his own hands.

Within days, the knife was shipped back.

Once his renovated shop reopens, Phillips said he probably won’t have as much time to pursue online criminals. He doesn’t have much faith that the complaints he filed with local and federal law enforcement will yield results, but he’ll continue to be on the lookout for red flags.

“These scammers are crafty,” Phillips said. “They are always coming up with new scams that look different on the surface to those of us processing the order.”

West said the scammers who target businesses typically have a little bit more experience and more information, making them harder to catch. Internet fraud, he said, has become something he’s had to deal with more often during COVID-19, but most cases he receives are from individuals. He cautioned business owners and consumers to look out for misspelled words and unusual email addresses when dealing with a situation online that may be dangerous.