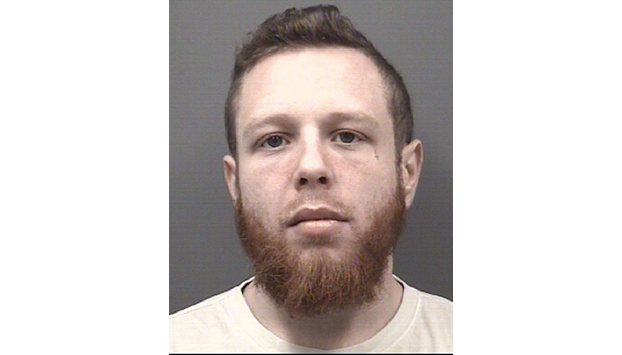 Edward Leland Geouge, III was the victim in a car crash that turned into a homicide investigation.

SALISBURY — A China Grove man faces charges in Rowan and Mecklenburg counties after being stopped by state and local law enforcement officers on Thursday.

Edward LeLand Geouge III, 28, of Saw Road was charged in Rowan County with possession of a stolen vehicle and possession of drug paraphernalia. In an unrelated incident, Geouge faces charges in Mecklenburg County for larceny of a vehicle.

After being stopped in Enochville, Geouge was placed under arrest without incident for the Rowan and Mecklenburg charges as well as probation violation warrants. Two other people were in the truck, but they were not charged.

Geouge received a $50,000 secured bond and was booked into the Rowan County Detention Center.