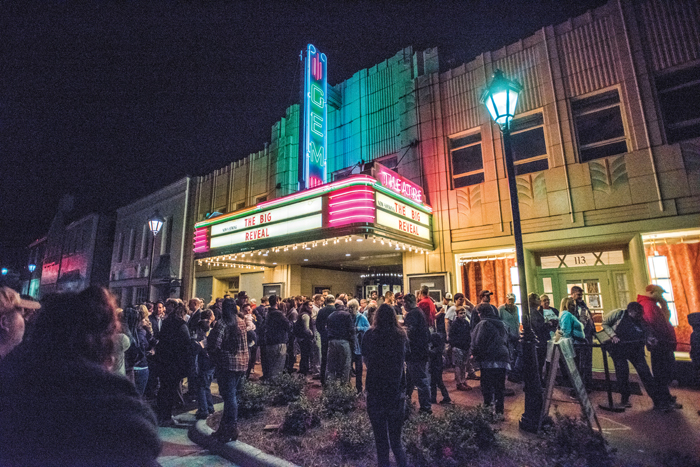 KANNAPOLIS — The first phase of renovations at the Gem Theatre are now underway.

The City of Kannapolis, the owner of the theater, is funding the projects, which are expected to cost $1.1 million. The renovations include three major projects: the addition of handicap-accessible restrooms on the first floor, a new HVAC system and restoration of the historic marquee.

The addition of accessible restrooms on the first floor will be to the left of the theater entrance, which was formerly occupied by Keever’s Photography Studio and Coulter’s Shoe Store. The area will also include event space and an additional exit corridor which will relieve congestion in the lobby.

The new heating and air conditioning system will replace an aging system that is beyond repair.

The iconic Gem Theatre marquee was originally constructed in 1936. Neon lighting will be replaced and original colors such as the famous blue on the marquee will be used to restore it accurately to its 1936 condition.

The theater will be closed during the renovations and will reopen in time for the summer movie blockbusters.

“This is one of our most significant historical landmarks and our goal is to ensure it remains an integral part of our new downtown,” said Kannapolis Mayor Darrell Hinnant. “These three projects are a result of the master plan we recently completed for the theater. Over 4,000 people participated in the master plan surveys asking what improvements and programs could be incorporated into the function of the theater. The response was wonderful, and we are pleased we can move forward with this first phase of improvements.”

The city purchased the theater property in 2015 as part of the downtown revitalization project. The operations of the Gem Theatre are managed and owned by Steve Morris.

“These renovations will ensure that the next generation of moviegoers in the city can experience first run new movies in a beautiful historic treasure,” Morris said.