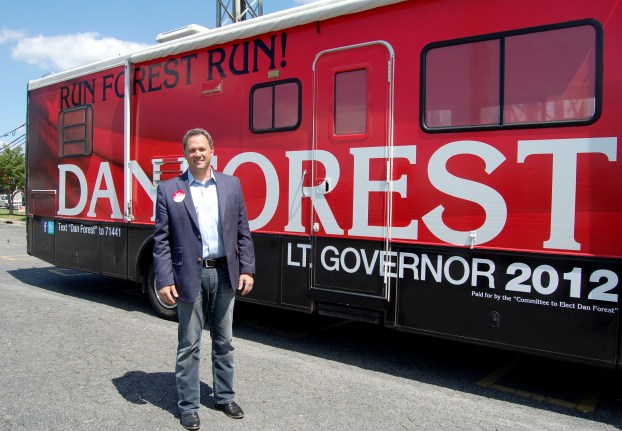 RALEIGH (AP) — North Carolina’s Supreme Court on Friday upheld a split decision by a lower court to allow former Republican Lt. Gov. Dan Forest to pursue a lawsuit over a political ad run in support of his Democratic opponent in 2012.

Forest, who went on to narrowly win the 2012 contest and successfully got reelected in 2016, wants $78,000 in damages from EMPAC, which is the political arm of the State Employees Association of North Carolina.

“We are very pleased that the Court unanimously agreed with our position and look forward to finally resolving this long-standing lawsuit,” said Steven Walker, an attorney representing the Forest campaign.

Forest’s campaign claims that one of the group’s 2012 commercials failed to include identifying information required by North Carolina’s since-repealed law. The now-defunct “stand by your ad” law enacted in 1999 required the TV ad to contain a spoken statement identifying the sponsor’s chief executive officer or treasurer and that person’s photograph.

The ad instead showed a picture of Dana Cope, who was neither CEO nor treasurer of EMPAC. The image displayed was not a full-screen picture and instead was about an eighth of the height of the full ad, according to Forest’s campaign.

The law said a candidate may receive compensation equivalent to the “total dollar amount” spent to air the unlawful ad. EMPAC has argued the ad was lawful under the First Amendment’s freedom of speech protection and that the ad did not damage Forest.

Amanda Martin, a lawyer for EMPAC, said the group was disappointed by the court’s decision to let the Forest complaint proceed.

“My clients and I are deeply disappointed in the Court’s ruling, and we are evaluating all our alternatives,” Martin said in a statement.

Of the more than 4.3 million ballots cast in the 2012 lieutenant governor’s race, Forest won the 2012 race against Democrat Linda Coleman by less than 6,900 votes. He defeated her more handily in 2016 by over 6 percentage points. Forest unsuccessfully ran for governor in 2020, where he lost  to Democratic Gov. Roy Cooper.

Justice Robin Hudson wrote the majority opinion ruling in favor of Forest’s campaign going forward with its lawsuit, but the court declined to rule on the constitutionality of the disclosure law itself.

In a concurring opinion, Republican Supreme Court Chief Justice Paul Newby alluded to the value of the now-defunct law, writing that “misinformation harms the public, particularly when the misinformation concerns candidates for elected office.”

Newly-elected GOP Associate Justices Tamara Barringer and Phil Berger, Jr. did not participate in the discussion or decision of the case. No justices dissented.