Animal shelter’s dog wing will be named for Nina Dix 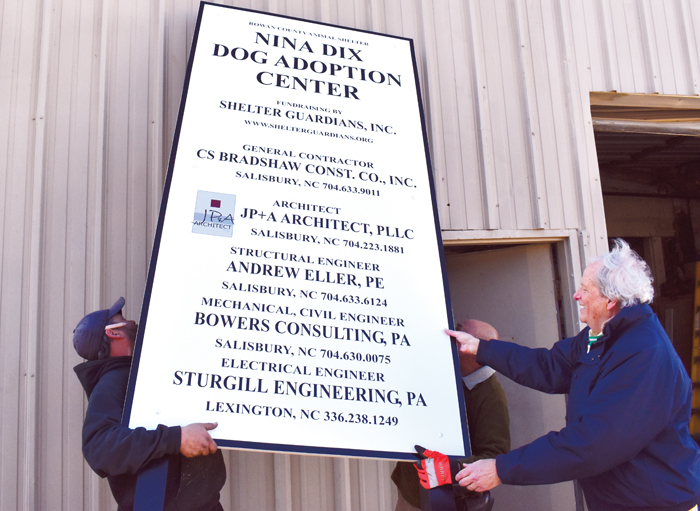 Chris Bradshaw and two employees carry the sign that will be stationed at the construction site of the new Nina Dix Dog Adoption Center. Ben Stansell/Salisbury Post

SALISBURY — After years of planning and preparation, it won’t be long before workers break ground on the Nina Dix Dog Adoption Center at the Rowan County Animal Shelter.

The facility, which has long been referred to simply as the “dog wing,” will be named for the person who originated the idea and helped lead fundraising efforts for the $2.3 million building.

“The architect called me and asked me what we should name it, and I said I think we should name it after Nina,” said Nancy Stanback, who was the top donor, “because she has been such an advocate for our animals and our animal shelter.”

Dix is the co-founder and president of Shelter Guardians, a nonprofit organization dedicated to supporting the Rowan County Animal Shelter. When she was told that the building was to be named after her, Dix said that her jaw dropped.

Chris Bradshaw, who is the contractor tasked with constructing the building, praised Dix’s efforts to make the construction of the dog center possible.

“Nina has done so much hard work on this thing,” Bradshaw said. “Anybody else would have given up a long time ago.”

Plans for the dog adoption center started formulating about five years ago, Dix said, after Shelter Guardians helped build a new intake room onto the back of the shelter’s current facility.

With Stanback’s help, Dix knocked on doors and made phone calls to raise enough money to get the project off the ground. But without Stanback’s fundraising assistance, Dix said, the project wouldn’t had materialized. While there were times when it looked like the dog center was more of a dream than a reality, Dix never lost faith. 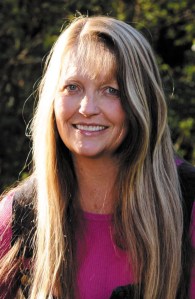 “I knew it was going to happen, sooner or later, one way or another,” Dix said. “I never had a doubt. Even when it seemed like it wasn’t going to, I knew it would because I know in my head how stubborn I can be. I know there’s people that care about animals.”

Dix said that countless people donated to the construction of the building, both directly and through fundraising events. Donations ranged from a couple bucks to a couple thousand dollars, she said.

Once the money for the facility was secured, Shelter Guardians still had to coordinate with county government, which owns the land where the building will be constructed. The site was formerly a solid waste and recycling convenience center, but it was cleared to make way for the dog adoption center.

The dog center will be adjacent to, but not connected with, the animal shelter. Shelter Guardians is currently leasing the land on which the building is being constructed and plans on donating it to the county upon completion.

Dix said plans for the roughly 11,600-square-foot building morphed over time due to construction costs as well as helpful input from the animal shelter’s staff and animal welfare inspectors from the N.C. Department of Agriculture.

“I think we’re done with the changing,” Dix said. “Now, we just got to get it going.”

The cost of the building was originally estimated to be $1.8 million, but wound up being $2.3 million due to the rise in cost of construction materials.

The adoption center, which was designed by architect Jon Palmer, will feature facilities for spay/neuter, surgery preparation, dog recovery, visitation and even a shower room for shelter employees. Everything about the building from the paint on the walls to the types of kennels that will be installed was scrutinized, Dix said.

Duke Energy has been working to install power lines to the site and rough grading is expected to begin within a few weeks.