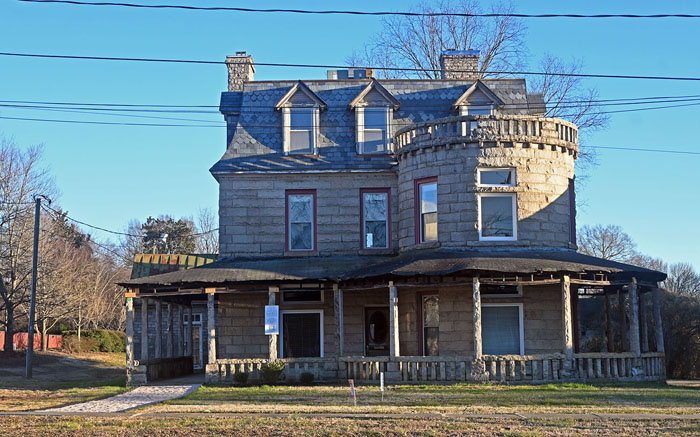 Natalie Anderson/Salisbury Post — One house seeking "Local Historic Landmark" status at the Jan. 19 City Council meeting is the Napolean Bonaparte McCanless House, a second-empire style home built in 1897, located at 619 S. Main St. The house is owned by The Historic Salisbury Foundation. McCanless, who built the house, was a local entrepreneur with heavy involvement in the organization, funding and/or building of many ventures including Kesler Cotton Mill, Vance Cotton Mill, Doggins/Coggin Mines Company, Salisbury Savings Bank, Peoples National Bank and the Empire Block and Hotel.

Though not the first discussion of a moratorium since the program was adopted in Salisbury in 2017, the decision to hold a public hearing on Tuesday was made after requests to give local historic landmark status to the Moore House, at 124 Ellis St., and the Napoleon Bonaparte McCanless House, at 619 South Main St. Another request was to consider a recommendation of eligibility for listing the Edgar S. and Madge Temple House, located at 1604 Statesville Blvd., in the National Register of Historic Places.

Early last year, council member David Post suggested a moratorium to further examine the program, but the matter was never revisited after the pandemic arrived in Rowan County.

One concern among city council members at its Jan. 19 meeting was whether the 50% annual property tax deferral that comes with landmark status property is the only incentive for such requests, especially since a number of houses in Salisbury could be designated historic.

A moratorium, council members say, would allow them and city staff some time to set more specific goals, objectives and standards beyond state law for what qualifies as a landmark property. 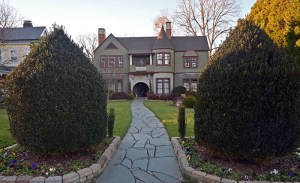 Natalie Anderson/Salisbury Post — One of the two houses requesting “Local Historic Landmark” status at the Jan. 19 City Council meeting is the Moore House, a shingle-style house built in 1892, located at 124 S. Ellis St. City staff determined the Moore House was significant due to the cultural importance of Beulah Stewart Moore, who was the first woman to run for mayor in Salisbury in 1921, editor of the Salisbury Truth newspaper as well as the Carolina Watchman, an artist and civic activist. Moore also rallied the Travelers’ Club at the time to support the establishment of the Rowan Public Library.

If approved, Senior Planner Catherine Garner said the moratorium would also allow time for input from the community on any proposed revisions. Throughout the process, Garner said Historic Preservation Commission staff would obtain additional training and begin setting policies and objectives for the program amidst facilitating conversations with community stakeholders.

She set an estimated timeline for the moratorium, with the first two months allowing staff time to talk with the State Historic Preservation Office and other municipalities with landmark status programs before drafting an initial proposal.

The third and fourth months, Garner said, would allow HPC to work with community stakeholders in reviewing and refining the proposals, while the last two months would allow staff to present findings to city council and update the Land Development Ordinance accordingly.

Prunkl said maintaining a landmark property is expensive, and the status defines and improves neighborhoods. He added that the application process is complex and thorough.

“You don’t repair or restore a landmark home at Lowe’s or Home Depot,” Prunkl said.

Stewart said she understands the council’s desire to learn more about the program and better educate the public about it, but it seems in contrast with an “already well-defined” process that requires hundreds, if not thousands, of dollars to apply. Therefore, there shouldn’t be concern anyone could “apply on a whim.”

But city council members took time to clarify to the public that they’re not against the program. Council member Tamara Sheffield said her purpose of making the motion at the Jan. 19 meeting to hold a public hearing for the moratorium was due to the “back-and-forth” between members and staff about the policies in place for the program since 2017. Discussing a moratorium, she said, gives council members time to clarify some concerns and questions about the process.

Council member Brian Miller said he wishes to see more structure around the process and whether there’s a way to incentivize investments or capital into the historic districts. He suggested establishing a way to consider larger opportunities to create more historic districts or allow other properties to benefit from historic tax credits in an effort to “lift more boats with the rising tide,” he added. 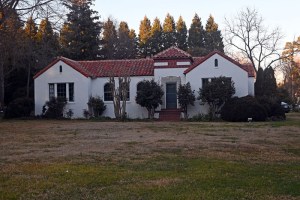 Another house discussed at the Jan. 19 City Council meeting is the Edgar and Madge Temple House, a 1936 Spanish Colonial Revival style house with a strong hacienda/ranch form, located at 1604 Statesville Blvd. The house was Salisbury’s first local landmark in 2017, and if approved by the National Park Service, it will be an individual listing on the National Register.

Council member David Post said Garner’s six-month plan “puts a path in front of us” whether council members formally adopt a moratorium or not. Like Miller, he wants to see neighborhoods benefit from the program.

“One-offs aren’t in the best interest of the city,” Post said. “Neighborhoods are.”

Post added that areas such as Horah and Monroe streets have been overlooked but are still neighborhoods that may need to be protected with the landmark status.

Mayor Pro Tem Al Heggins said giving the landmark status, based on some of Prunkl’s comments, seem to provide an opportunity to “bring something special to a neighborhood” in hopes that more people will buy property in that area. She added that the council shouldn’t put into place anything that makes obtaining the status more difficult for locals.

Mayor Karen Alexander said comments from council members show that they value the program, but that the discussion is a matter of “taking a breath and going through this process” to fully understand it.

Following the public hearing for the moratorium is a 24-hour public comment period in which locals can submit comments to Garner at catherine.garner@salisburync.gov or at 704-638-5212. Locals can also submit comments to city clerk Kelly Baker at kbake@salisburync.gov or 704-638-5233. Formal action will be taken at the Feb. 16 city council meeting.

If approved, the moratorium wouldn’t apply to any pending applications. However, Garner said she isn’t aware of any new submittals on the horizon or any applicants who have begun an application and made significant progress as of now.

Also at the meeting, city council members approved the requests designating local historic landmark status to the Moore House and the Napolean Bonaparte McCanless House. Members also agreed to recommend listing the Edgar S. and Madge Temple House in the National Register of Historic Places. Garner told members that one public comment was received in support of the Moore House, and six were in support of the McCanless House. At least one email detailed support for the landmark status program.

City to consider request for Goodwill development on Faith…