Jury trials scheduled to resume at courthouse in March, backlog of cases waiting 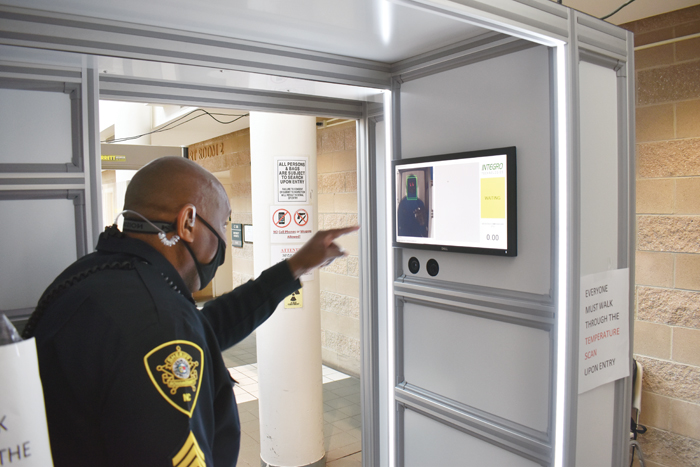 SALISBURY — Almost a year after court proceedings were brought to an abrupt halt due to the COVID-19 pandemic, jury trials are now scheduled to begin in March at the Rowan County Courthouse.

The decision to resume jury trials was made on Friday by the Rowan County courthouse’s COVID-19 committee, which is led by Senior Resident Superior Court Judge Anna Mills Wagoner and composed of judges, the clerk of court and attorneys. Wagoner’s decision comes after N.C. Chief Justice Paul Newby issued a directive on Jan. 14 giving courthouses across the state the authority whether or not to resume more in-person activities.

“We’re going to try to start with simpler civil cases to be tried and simpler criminal cases to be tried,” Wagoner said. “It is understandable that jurors do not want to come and sit during a three-week murder trial and be captive when they are worried about coronavirus. We will attempt to schedule criminal trials to begin with that can be completed in two or three days.”

This isn’t the first time the courthouse has attempted to resume jury trials. There have been several instances over the previous year, Wagoner said, where jury summons were mailed to potential jurors and canceled as COVID-19 case numbers rose. 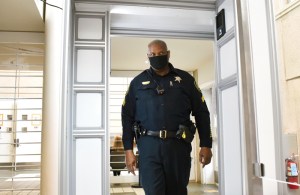 Sgt. Gregory Bacote walks into the temperature check tunnel at the Rowan County Courthouse, which more than a hundred people walk through on a daily basis. Ben Stansell/Salisbury Post

When potential jurors visit the courthouse in March, they’ll enter a space that has undergone changes in the previous several months. In addition to the installation of a temperature checking tunnel made by Integro Technologies in downtown Salisbury, Wagoner said that the court rooms have been retrofitted and arranged to prevent any potential spread of COVID-19.

“With jury trials, we’ll totally be reconfiguring the courtroom,” Wagoner said. “Jurors will not be sitting next to each other. There will be four in the jury box so we can space them six feet apart and scattered at various spaces throughout the courtroom so they won’t be on top of each other and won’t be able to spread anything.”

The COVID-19 safe modifications made to the courthouse are part of the jury trial resumption plan formulated by the Rowan County COVID-19 courthouse committee in October. The plan will serve as the guidepost for how jury trials will resume in March.

There will be plenty of cases to hear once jury trials do restart. As is the case in courts across the state and country, the Rowan County justice system is currently seeing a backlog of cases that have accumulated during the pandemic.

Wagoner said that she is considering requesting emergency judges from the Administrative Office of Courts in Raleigh to help oversee cases in Rowan County. However, since the courthouse only has two rooms that can be used to hold Superior Court trials, the additional judges might not help.

Even though many cases have been delayed, the Rowan County Courthouse has remained open through the pandemic. Most of the activity has transpired in District Court, where civil and misdemeanor criminal cases are handled and the presiding judge serves as the jury.

In Superior Court, where a jury is often required, proceedings have been more limited.

“In essence, the authority that we have is to try to address in-custody cases, meaning folks that are in jail,” Rowan County District Attorney Brandy Cook said. “We can’t have jury trials, so that limits us to addressing someone’s right to their first appearance, to consider appointing counsel or their ability to hire an attorney or represent themselves, or if a bond motion is filed, we can address those.”

A common work-around that has allowed some cases to proceed, Cook said, is defendants giving consent to join a hearing via video call instead of being there in person.

Judges and lawyers have come to rely heavily on technology, particularly video calling, in court proceedings.

“The one good, positive thing about this pandemic is that we have found different ways to skin the cat,” Wagoner said. “We can have remote hearings from the jail that work really, really well when you’re trying to advise someone of their right to an attorney, or guilty pleas from jail or bond hearing from jail.”

But technology can only go so far.

“It’s been difficult for everybody because we recognize there has to be a balance,” Cook said. “Safety is paramount to everyone involved, but there has to be a balance with moving forward for justice with all parties involved, which includes victims, officers who have charged particular cases and it also includes the defendants. Everybody has their right to a trial, so it’s important for all parties that as some point in the near future, that we are able to move forward.”

That point appears to be in March.