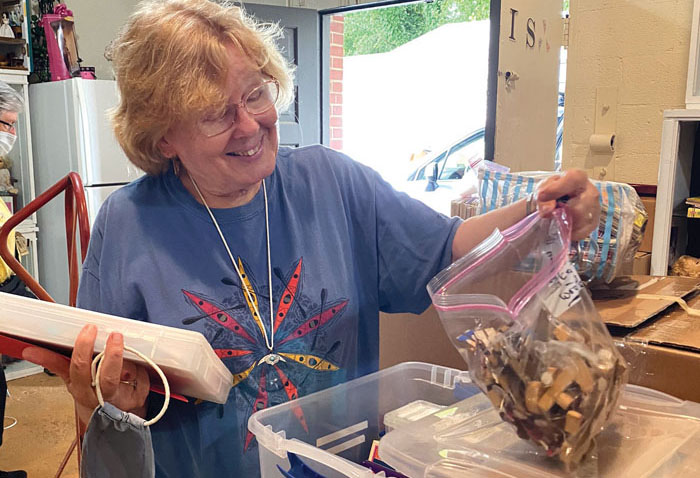 Ann Siegal, who drove from Virginia to make the doll delivery, picks out some of her favorites for show-and-tell.

Navigating a library of novels, textbooks, and encyclopedias is best conquered with a catalog. The people who organize those countless pages often go unseen, until now. Judy Jones, master cataloguer, transformed her skills of organizing library papers to organizing her paper dolls. Jones is responsible for one of the largest donations that the N.C. Museum of Dolls, Toys and Miniatures has ever received. Over her years as a doll lover, Jones amassed a collection of thousands of paper dolls, 3,500 of which she graciously shared with the museum.

Jones’ love for dolls sparked when she was a little girl traveling with her mother to theater shows and musicals. She would take the paper dolls out of the playbills and keep them to play with at home. Her mother adored celebrity culture, and Jones translated that love into love for paper dolls which resembled the celebrities her mother adored. However, as her life continued, Jones found herself in a terrible situation that stunted her collecting for decades. Her entire collection of paper dolls was destroyed. 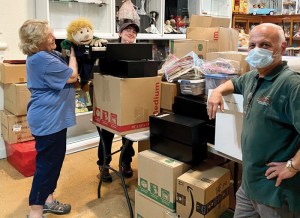 Devastated, Jones threw herself into school and later the workforce where she became a librarian for the University of Virginia. There, she catalogued everything from books to maps to painting to sculptures. Her cataloguing skills were so impressive that some of her organized works ended up in the Library of Congress.

With that impressive feat and a family of her own under her belt, Jones decided to revisit her paper doll passion, and in the 1980s, she and her daughter Kathleen went wild. Jones was on a mission to find all the dolls in her lost collection and repurchase them. She started at her roots: paper dolls of Broadway stars.

But this time, she didn’t stop there. She kept collecting paper dolls of Barbie and Ken to President John F. Kennedy. She searched out other collectors and sellers who could offer her the best and unique deals. She even has some exclusive paper dolls that no one else in the world has, including an original Supergirl doll. As notebooks thickened and shelves bowed under the boxes of her massive collection, Jones was determined that every doll she owned would be properly loved and known. Not one would be forgotten.

She managed this by using her skills as a cataloguer and organized her dolls into categories and organized those categories by year, by name, by any detail she deemed notable until not one T was left uncrossed, until not one doll was left uncatalogued. Then, if she ever needed to find one doll out of her thousands, it was as easy as looking for a magazine in a library of research books.

Along with her paper doll collection, Jones also donated her catalogue to the museum. With it, the museum plans to make its first extensive contribution to its future doll library in hopes that patrons can discover and love the collection that, as Jones’ daughter Kathleen described, “has brought (Jones) so much joy…decade after decade.”

Mikayla Hamilton is a senior at North Hills Christian School and is an intern at the N.C. Museum of Dolls, Toys & Miniatures.