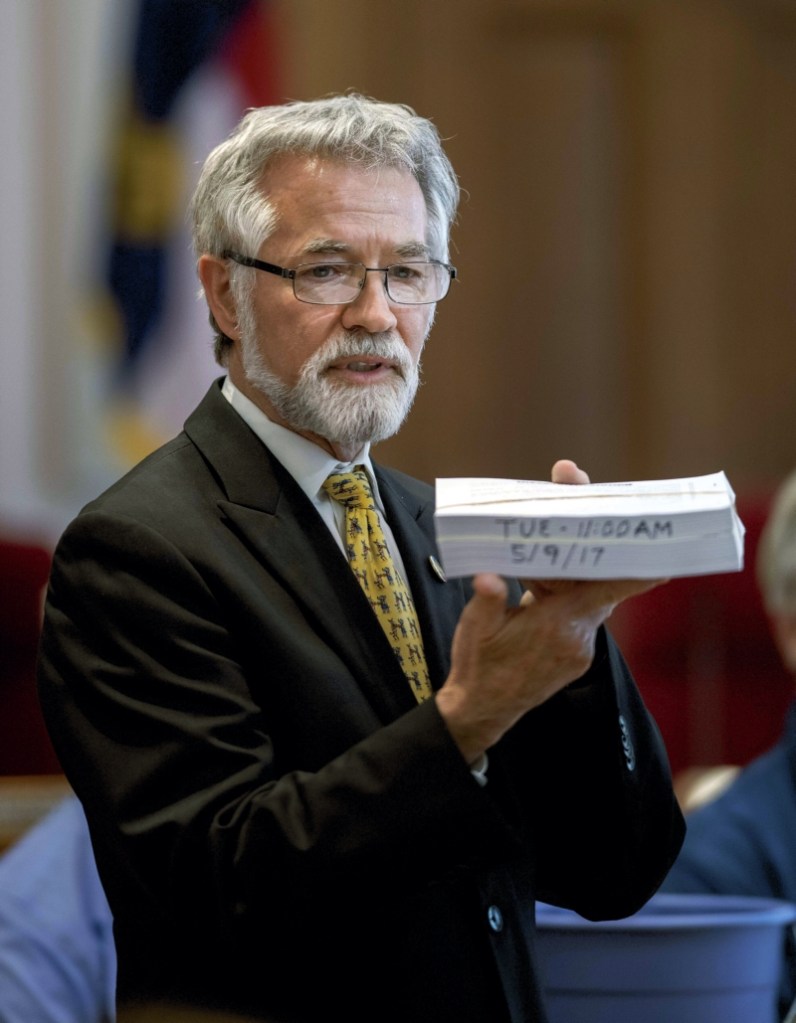 When he personally resumed Republican legislators’ crusade against local newspapers and the public’s right to know last week, Warren attempted to skirt a gubernatorial veto by cramming as many counties as he could into the definition of a local bill, proposed that citizens go searching for public notices instead of receiving them in a centralized place, gave local governments a no-brainer financial choice and ignored the negative effects his proposal would have on business. That it’s one of the first bills he introduced this legislative session proves his priorities.

Warren’s bill gives counties the ability to pass an ordinance and choose whether to put public notices in newspapers or on their websites. Instead, the notices would go on a county’s website for free or a fee. The compromise, apparently, is that he’s not forcing governments to remove notices from newspapers, as bills have in the past.

Warren knows a statewide bill wouldn’t make it into law. Even if it passed by both bodies of the legislature in party-line votes, Gov. Roy Cooper would have his veto pen ready and a statement something like the one he authored in response to a similar 2017 bill.

“Legislation that enacts retribution on the media threatens a free and open press, which is fundamental to our democracy,” Cooper wrote in a veto message.

Even if it fits the official definition, how “local” is a bill that includes 14 counties that stretch from the mountains to the coast and affects roughly 1.5 million North Carolinians?

To be clear, the most significant problem with Warren’s bill is that it will make it harder for the public to find out what’s going on in their community.

Never mind if you don’t have internet access at home or high-speed broadband isn’t available in your area. If Warren has his way, you may need to find a way to access a yet-to-be-created section of the county’s website to find out about the Dollar General moving next door. Rowan County residents may need to stay constantly tuned to the county’s website to find out far enough in advance about the solar farm that’s going to cover hundreds of acres and cut down a small forest in western Rowan County, a proposal that fizzled in 2019. How about spreading sludge from wastewater in Charlotte across farm fields in southeastern Rowan County, as was proposed in 2014?

You can count on the Post to write about the Dollar General, solar farm and sludge proposals, but that doesn’t change the government’s duty to tell the public what it’s doing in the medium that will reach the largest number of people.

Newspapers are charged with carrying out a public service by publishing government notices, are paid for that service and remain the best way to reach a large percent of the public. This month, the Salisbury Post’s website is on track to reach 1.4 million views, with more than 1 million unique page views. Last year, it saw about 17 million page views and 13.2 million unique page views. The Salisbury Post’s print edition as well as newspapers across the state remain the most complete package of community news, sports and other information that you can get about for $1 two days per weekday and a couple bucks on Sunday. If you subscribe, the Post provides five editions per week, two of which are delivered to your email inbox, and a cheaper per-issue price.

Can Warren prove that an obscure section of the county’s website will even reach a couple thousand eyeballs a year?

Whether or not readers look at public notices online or in a printed newspaper, each edition reaches thousands of homes every day — each with the opportunity to read what’s going on in their community. Notices are available online, too, and via a statewide website maintained by the N.C. Press Association.

At its core, the Salisbury Post is a local business in Salisbury’s historic downtown that employs people who provide news and information and serves as the best method for local businesses to reach potential customers without internet and social media algorithms getting in the way. For Warren, new government regulations are just tough luck.

“Any business when confronted with a challenge like this has to learn how to conform and adjust to changes,” Warren told Salisbury Post reporter Natalie Anderson in a story published today on 1A.

To be fair, Warren’s bill may not lead to changes in every county covered in his bill, but there’s no realistic choice when one option puts notices on a county website for free or a low cost.

The choice is made easier when local governments have a standoffish relationship with their local newspaper.

Warren’s bill, which will do nothing to expand the audience for public notices, will be a significant revenue loss for some newspapers in the state, potentially forcing some to close. It will be a small footnote on county balance sheets — tens of thousands of dollars in Rowan County in a budget of more than $150 million. For some counties, it might even generate revenue.

How many newspapers are locally owned anyway, Warren asked in Anderson’s news story, forgetting the people employed by newspapers like the Post live here. Many are his constituents. Whether the owner of the newspaper lives in town has no bearing on the public’s right to know. Boone Newspapers, of which the Post is an affiliate, draws its name from the family who’s run it from the start and continues to do so. For much of its history, the Post was owned by another family, the Hurleys.

Warren and his colleagues will be enticed to stick it to “the liberal media” without realizing newspapers in the counties he’s targeting employ people with diverse viewpoints, including conservative ones.

Communities are already suffering from deep divisions about basic facts. Without major changes and an honest embrace of opposing viewpoints, Warren is proposing a bad bill that will further tear at the community fabric in 14 counties.

Community-minded Republicans, Gov. Roy Cooper and Democrats must speak out against this blatant attack on North Carolinians and their local news. This is not a local bill. It’s a disguised attempt to start the state down a slippery slope.