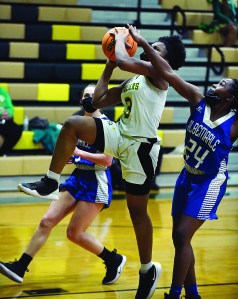 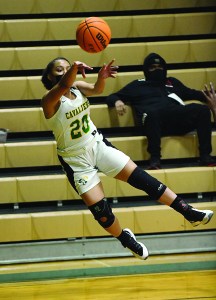 North’s Hannah Wilkerson keeps the ball from going out of bounds. Photo by Wayne Hinshaw, for the Salisbury Post 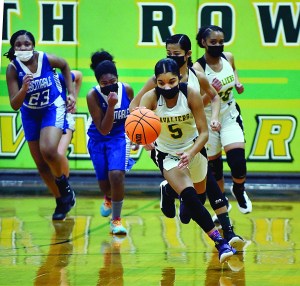 Kamora Cannie led North with 18 points and 8 steals. Photo by Wayne Hinshaw, for the Salisbury Post.

SPENCER — How would the North Rowan girls basketball team react to its first loss of the season?

The Cavaliers demolished Albemarle 63-14 on Friday at home and stayed unbeaten in the Yadkin Valley Conference.

Hannah Wilkerson, who scored her 1,000th point in Wednesday’s one-point loss at Thomasville, turned in another outstanding all-round performance. She had 10 points, seven rebounds, six assists and two blocks.

Those three have been averaging double figures all season for the Cavaliers (6-1, 5-0).

Albemarle is 0-4 since getting its season started on Jan. 19.