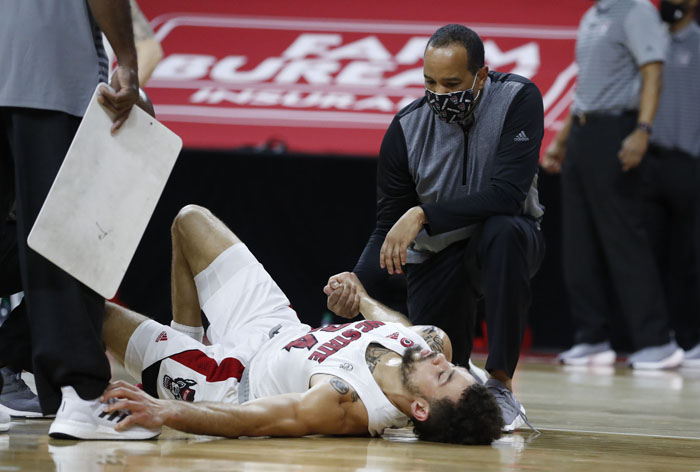 RALEIGH — North Carolina State scoring leader Devon Daniels is out for the season due to a serious knee injury.

The school announced Thursday that the 6-foot-5 senior had torn his left anterior cruciate ligament during the second half Wednesday night in a victory over Wake Forest.

Daniels was averaging 16.5 points and 5.1 rebounds, while his 48%-shooting ranked ninth in the Atlantic Coast Conference. Daniels was also averaging 3.1 assists and 1.7 steals while making 19 3-pointers, all team highs, in his third season of action with the Wolfpack after transferring from Utah.

“I’m gutted and heartbroken for Devon,” Wolfpack coach Kevin Keatts said in a statement that praised Daniels’ “tenacity and relentlessness.”

“Devon built himself into one of the premier players in the ACC, and with that tireless work ethic, I have no doubt that he will attack his rehab and come back even stronger,”
Keatts said.

N.C. State (7-5, 3-4 ACC) ended a four-game losing streak with the Wake Forest win and next visits Syracuse on Sunday.