Beaver’s longtime friend and colleague Justin Pauley said Beaver was punctual, never missed work and he was always enthusiastic. He always has a positive demeanor and wore an infectious grin.

“He was in a great mood all the time,” Pauley said.

Beaver was a huge Philadelphia Eagles fan, too, Pauley said. So, that meant “Fly Eagles Fly” was a staple of his vocabulary. He was a Christian and he loved his family.

“He loved his wife and his two kids,” Pauley said. “He would talk about them all the time, brag about them.”

On Tuesday, Beaver, 40, died after contracting COVID-19. People close to him were shocked.

“We just thought it was your typical cold and he would be fine,” Pauley said. “This never entered our minds.”

Pauley said he was devastated when he was told Beaver had passed on Tuesday. He described Beaver as a friend and brother to the close-knit community at Knox Middle School. 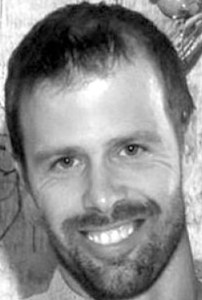 Beaver was born in Christiansburg, Virginia, moved to Rowan County and graduated from East Rowan High School in 1999. He attended Piedmont Bible College and High Point University, graduating with degrees in health and physical education. In 2015, he married his wife, Ruth, with whom he had two children, Jackson and Ella. He was a member of Charity Baptist Church in Kannapolis.

While Rowan-Salisbury Schools administration declined to comment on the specifics of Beaver’s death, it issued a statement Wednesday, a remote learning day for the district, and closed Knox on Thursday in honor of Beaver.

“It is with great sadness that we learned of the passing of one of our educators, Mr. Matthew Beaver,” the statement reads. “Rowan-Salisbury Schools extends its sincerest condolences to the Beaver family and Knox Middle School staff and students. Mr. Beaver will truly be missed by his school family. Counselors will be available throughout the week and next week for students and staff who need support during this difficult time.”

Assistant Superintendent of Transformation Andrew Smith said the district can not disclose information on Beaver’s cause of death or medical condition, but co-workers who spoke to the Post, a GoFundMe campaign organized by Knox faculty as well as media reports describe his cause of death as COVID-19.

A letter was sent to Knox Middle School families Tuesday, the same day Beaver died, that informed them a staff member had tested positive for COVID-19. The letter, a standard format used by the district to inform families about COVID-19 cases, was the only of its kind sent to Knox families since the district began classes on Jan. 5. The district has sent dozens of similar letters this school year.

Pauley, also a physical education teacher at Knox, met Beaver through their jobs at the middle school. Pauley was hired at the school a year before Beaver. Prior to moving to Knox, Beaver worked in an interim position at Southeast Middle in 2006. He also coached basketball and tennis at Knox.

Over the years, Pauley and Beaver became great friends along with fellow physical education teacher Jamie Phillips. Their friendship began by hanging out at school and progresses to taking trips together and playing in basketball tournaments. On Thursday, Pauley said he was feeling terrible and that Beaver’s death had devastated the school community at Knox — a community that sticks together.

The GoFundMe campaign, organized by Knox faculty including the district Teacher of the Year Sally Schultz, has raised more than $37,000 for the Beaver family since it was created on Wednesday, easily clearing its initial $20,000 goal. The campaign has received more than 400 donations and been shared more than 4,000 times. The campaign names Beaver’s wife, Ruth, as the beneficiary, and his obituary states that memorials can be made to the family through the GoFundMe campaign or to a charity of the person’s choice. The link for the campaign is gofundme.com/f/support-the-family-of-husband-teacher-m-beaver

Pauley said he has been spending time with his own family and communicating with folks at Knox.

“I haven’t had a chance to even be back to the gym, but I can’t even imagine what it’s going to be like the first time walking in,” Pauley said.