My Turn, Ron Bowers: With apologies to Mr. Dickens, a tale of two shots and a suggestion

I had a 10:30 a.m. appointment at the Salisbury VA, but Libby could only go to the mall and get in line for her shot. Up at 5 a.m., we were in line in our car at the mall at 6:15. Hundreds of cars in a well-organized meander moved through the maze as officers efficiently and politely managed the line of cars and handed out numbered tickets in the order of arrival. Hundreds of people sat in cars with the engines idling for hours, occasionally moving forward, eventually splitting into four vaccination lanes. 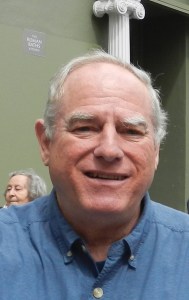 About 9:20 a.m., I walked to another car and drove to the Salisbury VA. I arrived at a parking lot near the building at about 9:30 a.m. and walked into the building. There were 10 or 20 people waiting to receive the vaccine, but there was no line. We were in an empty basketball court with each person sitting in a chair about 10 feet apart around the perimeter of the room; all were wearing masks.

The military prefers you to be early. So although I was quite early, there was no issue. I was handed a form to fill out and directed to a seat across the room that had recently become vacant. It was about 9:40 a.m. As I finished filling out the extremely simple form, one of the team members arrived and reviewed it. Moments later, a second team member, a nurse, pushed a cart from the adjacent stall to my location. A few jovial words were exchanged while I received the injection. It was 9:53 a.m.

Around the room there was a continual procession of people going to and from the chairs, but there was never a line — anywhere. As instructed, I sat a few minutes before I stopped back at the reception desk to get my appointment for the second shot. By 10:10 a.m., I was back in my car, ready to leave the parking lot.

My appointment took 40 minutes total, including walk-in, walk out, and “wait after the shot” time. That’s compared to 4 and one-fourth hours sitting in a car — engine running. There might be something to be learned here.

The shots are now being given in the parking lot of the county-owned, recycled shopping mall. Inside the building are lengthy and very wide halls, and the old J.C. Penny’s and Belk’s areas. There are two main doors — three including the old Belk entrance. If chairs were placed 10 feet apart all around the sides of that vast hallway and perhaps old store areas, a large number of people could be seated for a vaccination procedure similar to that utilized by the VA.

Individuals could enter and leave through the door nearest their assigned seat and thereby walk near very few others, always wearing a mask. Teams of vaccine-givers could utilize carts as done at the VA. The speed at which vaccinations are given would be determined by the number of vaccination teams and efficiency of the procedures. Rain, snow and cold would be an almost nonexistent factor.

I suggest starting with 12 vaccination teams, which would triple the current vaccination rate and cut waiting time by two thirds, and adjust up or down as later experience dictates.

Appointments are a problem. I respectfully suggest that the order in which the shots are given can be easily managed and appointments made unnecessary by having the officers hand out numbers, as they now do, as each car arrives; and immediately parking each car in the order of its arrival.

To complete the procedure and avoid individuals standing close together while waiting, officers could start at the first car and slowly continue to the last, instructing each individual to go to whichever door is ready to accept more shot recipients at that time. A golf cart might be useful. Special accommodations for those who need them. Porta-potties should be there; so each would go inside only for the shot.