Love keeps Heels together: Freshman pours in 20 in victory over Wake 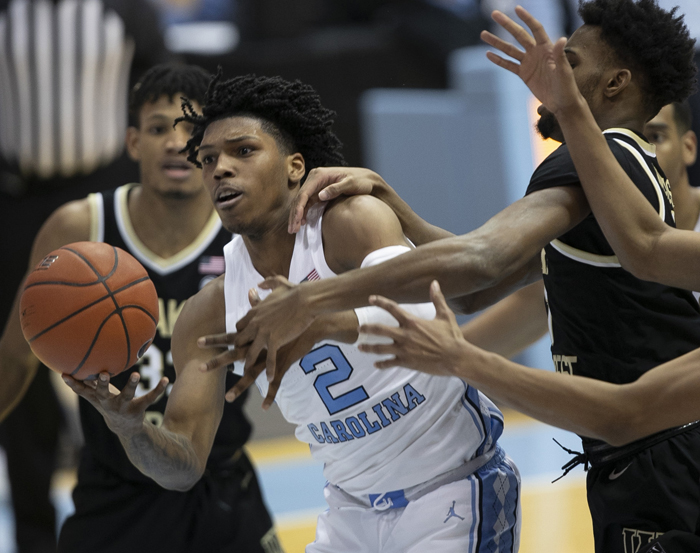 CHAPEL HILL (AP) — Freshman Caleb Love had a season-high 20 points, Armando Bacot scored 14 of his 18 in the second half, and North Carolina beat Wake Forest 80-73 on Wednesday night.

Bacot, who made 8 of 10 from the field, hit a jumper to spark a 12-0 run that made it 45-35 and the Tar Heels never again trailed. Wake Forest’s Daivien Williamson and Jalen Johnson hit back-to-back 3-pointers to make 53-all with 10 minutes to play, but Bacot answered with a layup and his dunk with 4:45 left gave North Carolina a 10-point lead.

The first half featured nine lead changes and seven ties before the Demon Deacons took a 33-31 lead into the break. North Carolina shot 55% (17 of 31) from the field. Wake, which has lost six in a row, shot 39% overall and had 20 turnovers.